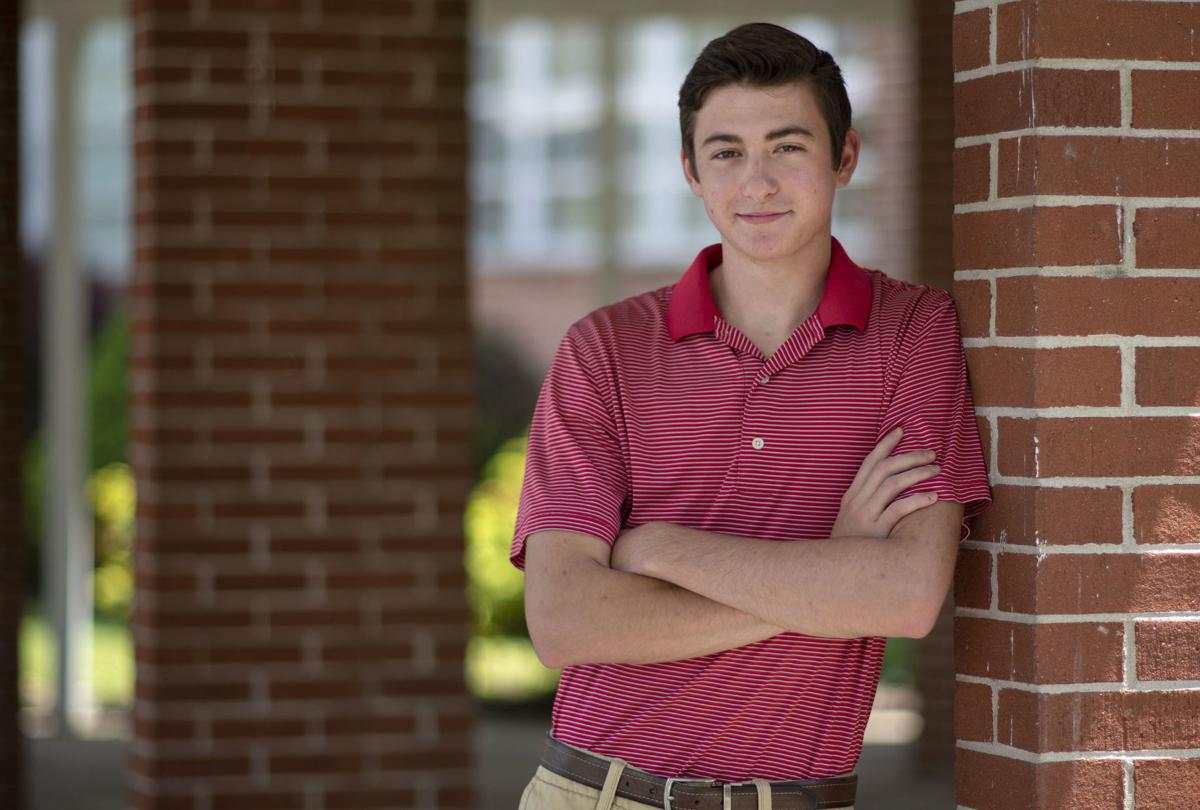 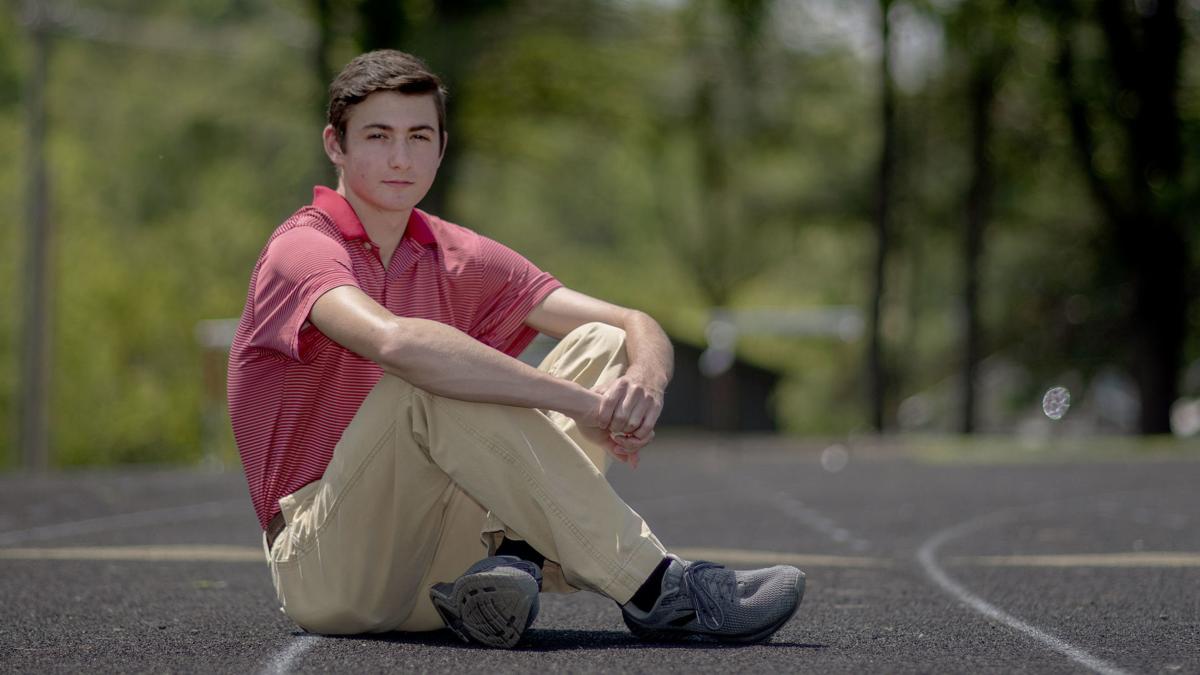 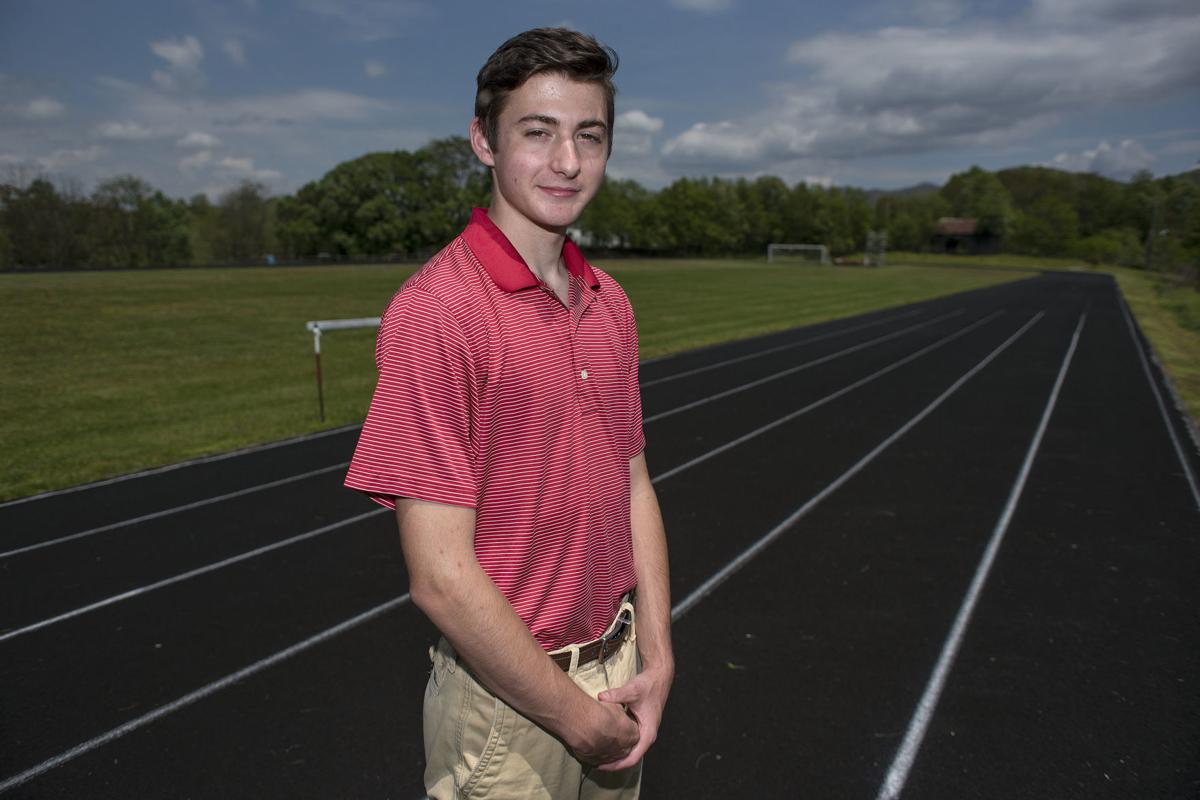 DAMASCUS, Va. — When Gabe Long first became assistant principal at Holston High School, he kept noticing a solitary figure running outside the school during what was supposed to be summer vacation.

“Every day, I would look out the window, and there was this kid doing laps around the building by himself, and we weren’t having any out-of-season practices that I knew of,” Long said. “The first couple of times I talked to him, I didn’t even put it together that was our star track guy. He didn’t talk about sports; we were just talking to get to know each other.”

Star, he was. Holston senior Jordan Keith was a four-sport standout on the trails, track, court and links, but he was so much more. Keith compiled a stellar 3.964 grade point average in the classroom and was also a role model, a leader, and, most of all, wore an inviting smile that made him a friend to all.

“I have always tried to keep a smile on my face just about every day and go in thinking each day that this is a new day to try to make my mark,” he said. “I try to inspire and help almost everyone I can.”

No wonder Keith has been selected as the 39th recipient of the Gene “Pappy” Thompson Award for Excellence, the second winner from Holston, following Peyton Garrett, who took top honors in 2015.

He earned it. Keith is not only a two-time state champion — winning the Class 1 cross-country championship in 2018 and the 800-meter state title last spring — but was also the point guard of the basketball team that had regional title aspirations before a fractured wrist brought an early end to his senior season on the court.

“We were just all devastated about that because I loved watching him play basketball. He was like the Energizer bunny. People would press him, and they couldn’t catch him to foul him,” Holston teacher Ann Nairn said. “He was just devastated because their team was doing great, and he was doing great.”

He switched to coach mode, encouraging his teammates to play on without him, even if he did have an inner drive to still want to be out there in the worst way.

Yet Keith never showed his disappointment. He just did what he could to keep peace around him, serving as a calming influence and the “glue” that kept a talented team together, according to Holston principal Kendra Addison.

Keith, one of seven children born to David and Vonda Keith, arrived at Holston as an admittedly timid freshman trying to live up to the example of his older brother, Devin, who won a state championship in golf and was part of a state runner-up finish in baseball for the Cavaliers.

“As a freshman, I was a really small kid. I still am,” he said, with a smile. “I was really nervous. Everyone was, like, way taller than me and way bigger, and I was just like a very, very small fish in what felt like an ocean, almost, at school. Through the years, I have grown.”

While Keith still isn’t big in stature, he is certainly larger than most in other ways that matter far more.

“He is definitely a scholar-athlete, for sure, and just his tenacity … and he is so humble too,” Addison said. “On the court, there were some intense times that he really kept it together. He is just very level-headed, mature amongst his peers, so to speak.

“He is just a phenomenal kid, all the way around. He has the total package, academics, athletics [and] social skills.”

Keith has been rewarded for hard work. He will major in criminal justice at King University with plans to be a game warden and will also be part of the track and cross-country teams.

“I never dreamed I would ever be able to do all this. Going into my first day of [high] school, I had no idea what I was going to do,” said Keith, who lives in Laurel Bloomery in Johnson County. “I knew I was going to play basketball, but as a small kid, you never know if you are going to play.

“That has always pushed me. Since I have been small, it always helped me go the extra mile, to push even harder because you want to be the best you can be.”

He was. He joined the cross-country team in mid-September of his sophomore year, taking part in his first meet at Sugar Hollow Park in Bristol. He won.

“I was so surprised because I had always liked running as a little kid, but I never ran in big races, just playing around with friends,” he said. “That really opened my eyes. I was like, ‘Wow.’”

“It was so wild because you had all these kids who are cross-country stars and have run it all their life, and he just outruns them from the beginning,” Holston athletic director Travis Gray said.

A few weeks later, Keith ran in the state meet at The Plains in Northern Virginia and placed third. He had found his passion. The next season, he won it all, and Addison was there to see it.

He didn’t stop there. He also captured the 800 meters last spring and finished second in the state cross-country meet in the fall. He had high hopes for this spring with plans to participate in three individual events and one relay team, but the COVID-19 pandemic put a sudden end to those dreams.

“It was devastating. To know I won last year and then having to defend, it was a lot of pressure, but I was ready, and I was excited because your senior year you always want to go out with a bang,” said Keith, who also medaled in a pair of Foot Locker South Regional meets after his last two cross-country seasons were over. “That is your best year most of the time. I wanted to really prove myself again.”

Keith, who mows yards and works at Pizza Plus, has completed more than 120 hours of community service, including having assisted on six Eagle Scout projects, and has been clearing trails at Hungry Mother State Park in Marion for nearly a decade.

He also continues to run, preferably in wooded areas like the Creeper and Appalachian trails.

“Most of the time, I have been training by myself because that is pretty much what I have always done,” said Keith, who played trombone in the band through his sophomore year. “I like to go on runs by myself. It is just really peaceful to just go out by yourself and just think of your life mentally. That is really healthy for me.”

Whenever the doors are opened, Keith can also be found at Beulah Baptist Church in Meadowview, having missed numerous cross-country and track meets and basketball games due to being in church on Wednesday nights, which are popular evenings for those events.

“My parents always instilled in me that church and faith is more important than really anything, sports or academics,” he said. “If you don’t have faith, then you really don’t have anything. That is really my core, my rock. That is what I go to.”

Holston officials worked to get certain events moved to other nights.

“We do have to give kudos to our district and region for allowing that to happen and working around it,” Addison said. “He is such a phenomenal kid, and everybody knew it.”

While Keith said his coaches were fine with it, some of his peers would make remarks, but Nairn said he didn’t let it bother him.

“Even with that, he had such a grown-up attitude about it and [was] just so humble. That is just all I can say, just totally humble and kind,” Nairn said. “You didn’t know that about him. He didn’t just go around spouting that. He is just a quiet, respectful, good person, never a problem, never a problem in class, never a problem anywhere. Such a good leader. The kids respect him.”

Keith never forgot just how far he had come, understanding just how daunting high school was to him four years ago.

“If I see some of the young kids, like freshmen, especially on the first couple of days, and you notice they don’t know what class sometimes to go to,” he said, “I always try and go and talk to them and try to help their day out and see how they are doing.”

He has been especially close to Nairn, who faced tragedy when her son, Kirk, died in a car accident last May. Kirk wore No. 4 for the Abingdon soccer team, and Keith wore that number over his heart when he crossed the finish line to win the 800 meters at the state meet.

“He was one of the kinder students that I have ever taught. He is sort of like another son to me. Even after I didn’t have him in class anymore, he would come see me every day, mainly for the chocolate, I think,” said Nairn, with a smile. “We would solve the world’s problems.

“He would ask for advice about college, and he is so humble and just a good kid. He just truly lets you know that he cares for you as much as you care for him.”

It is that type of caring attitude that Keith will be remembered for long after he is gone from Holston.

It’s safe to say his legacy at Holston is safe.

“He is one of these kids that is humble. He doesn’t bring [attention] on himself, he is just such a phenomenal person. You are just kind of attracted to that, and there is always a smile on his face,” Long said. “He is so dedicated. You don’t see that in a kid very often.

“He is not the common teenager.”