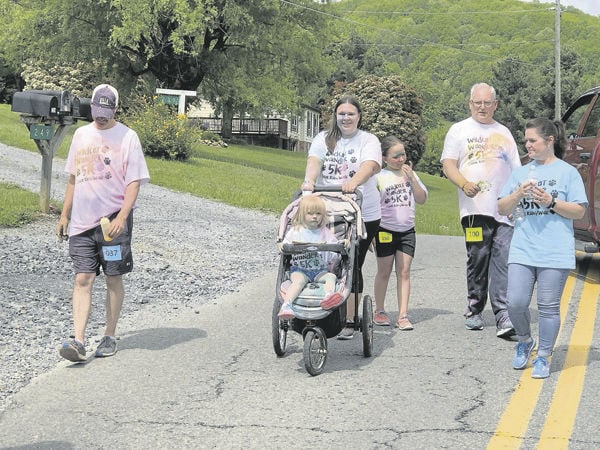 David Coleman, in the rear, is joined by other Wildcat Wander participants at the May 4 color run. 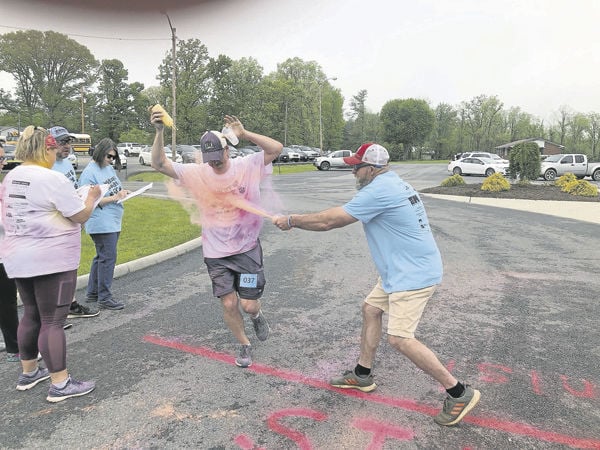 A blast of color greets a runner on May 4 at Sheffey Elementary School. 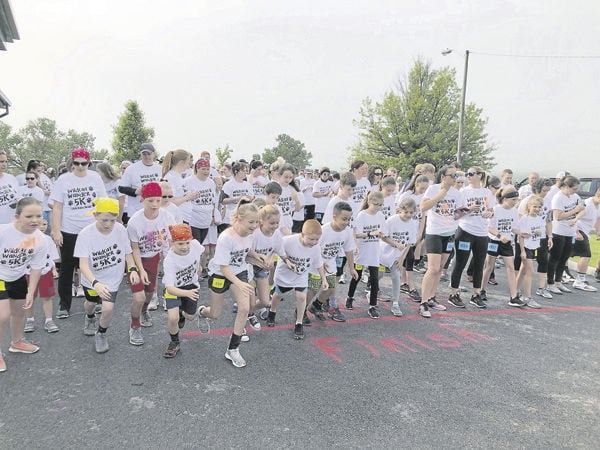 Participants take off in their white shirts, canvases ready for some color. 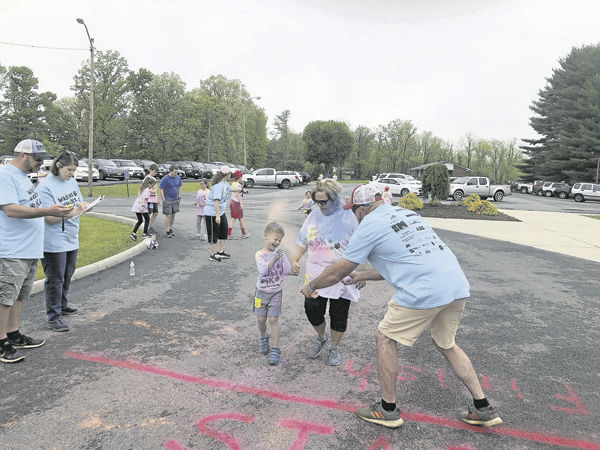 A bit of color brightens up a couple runners' outfits. 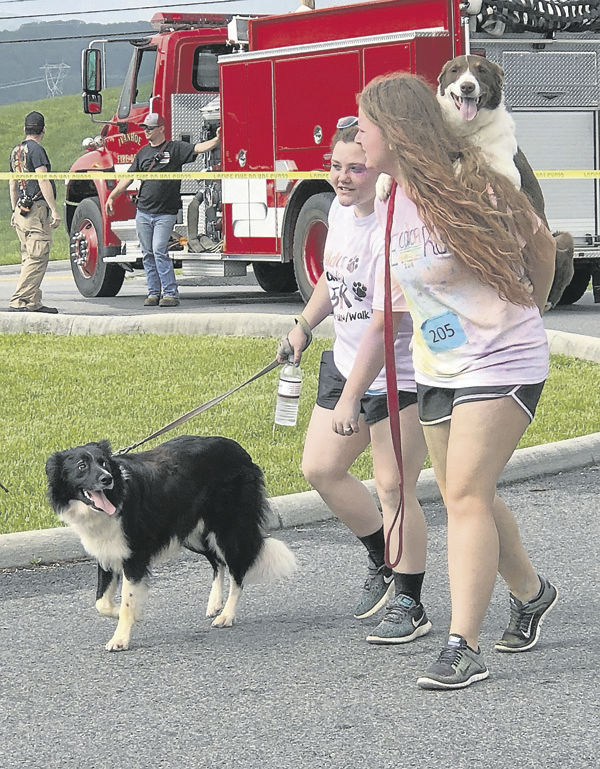 A dog's life. One of man's best friends finds an easy way to tackle a 5K.

David Coleman, in the rear, is joined by other Wildcat Wander participants at the May 4 color run.

A blast of color greets a runner on May 4 at Sheffey Elementary School.

Participants take off in their white shirts, canvases ready for some color.

A bit of color brightens up a couple runners' outfits.

A dog's life. One of man's best friends finds an easy way to tackle a 5K.

It was a colorful and fun day at Sheffey Elementary School on May 4, when the school hosted its first Wildcat Wander 5K Color Run and 1-Mile Fun Run.

Students, faculty, family and friends got off to a brisk start at 9 a.m. and were splattered with colorful powder along the way. At the finish line, Principal Chad Newman enjoyed personally congratulating each participant with a splash of neon cheer.

By 10:30 a.m., all but one of the participants had completed the run. David Coleman, who lives about a mile from the school, was still walking. Coleman, who suffered a stroke more than two decades ago, was halfway through and determined to finish.

When those who had completed the route realized Coleman had yet to finish, they took to the route again, running and walking to greet him and cheer him on.

“When I started walking, I knew everyone would finish before me,” Coleman said. “Forty or 50 people came out to meet me. They encouraged me. That’s the first time that has happened.”

Coleman, whose left side was affected in the stroke, is a 5K veteran, having walked in more than 20 events. He finished the Sheffey 5K in about three hours.

Walking any distance, much less 5K, was once something Coleman thought he might never do again.

“I went to bed Saturday night and work up paralyzed Sunday morning,” he said about his stroke Jan. 19, 1997. He was 41 years old. Two days later, doctors asked the family to put him on life support, saying he might not survive.

“They didn’t think I’d life through the night,” he said. “And if I did, they said I’d probably be in a vegetative state.”

Coleman survived, but wasn’t sure he even wanted to try to walk again; he lacked the willpower. Then, his brother handed him a slip of paper with a Bible verse on it. Philippians 4:13: “I can do all things through Christ who strengthens me.”

“I pushed the call button and asked for the physical therapist to come talk with me,” he said. “When I read that, I knew I could do it. I started giving it all I had, and I’ve been doing it ever since. Without that verse of scripture, I wouldn’t have ever survived this like I have. When my body says I can’t do it, that tells me I can.”

Coleman credits the stroke for helping him straighten out his life.

“I was a hard-working man with bad habits,” he said. “I smoked a lot, and I drank a lot. I stopped all that and God delivered me from those habits. I apologize to my wife often for putting her through that.”

He had his wife, Audrey Aker Coleman, have been married more than 45 years.

In addition to the 20-plus 5K walks, Coleman has walked 52 miles of the New River Trail. He also works out and swims at the Wytheville Wellness Center.