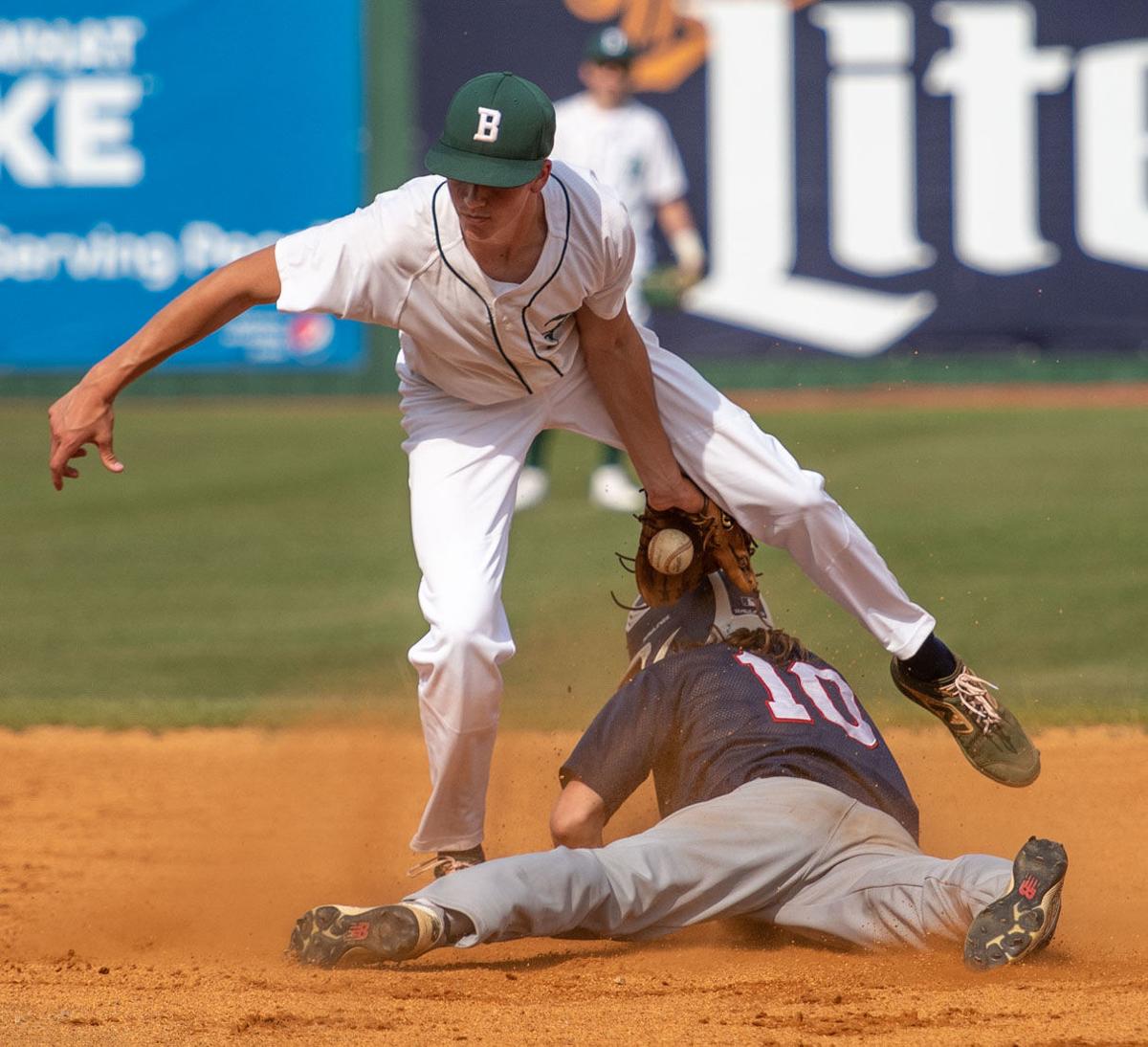 Cody Trinkle of the Patriots slides into second base and knocks the ball away from Zach Smith of the Express. 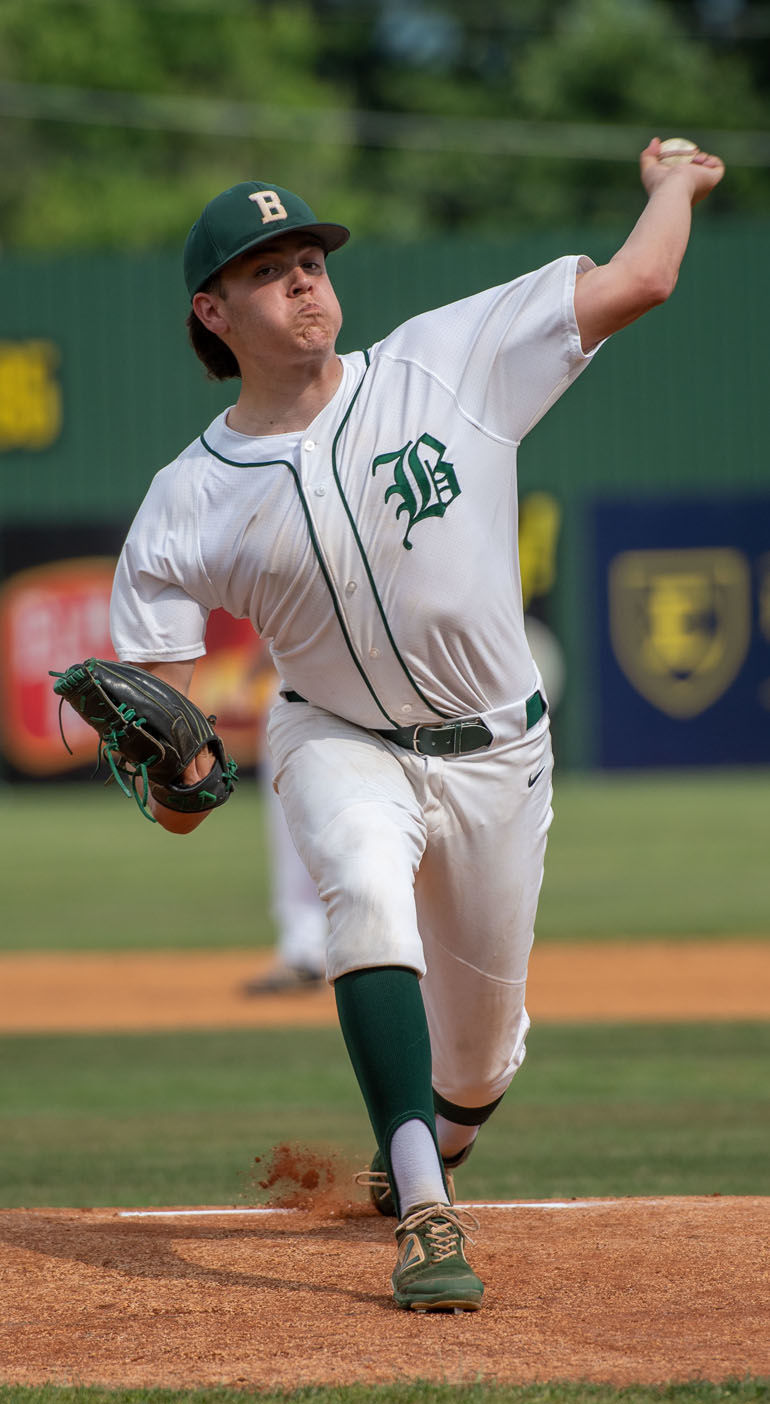 Garett Bowman of the Express allowed one run over four innings. 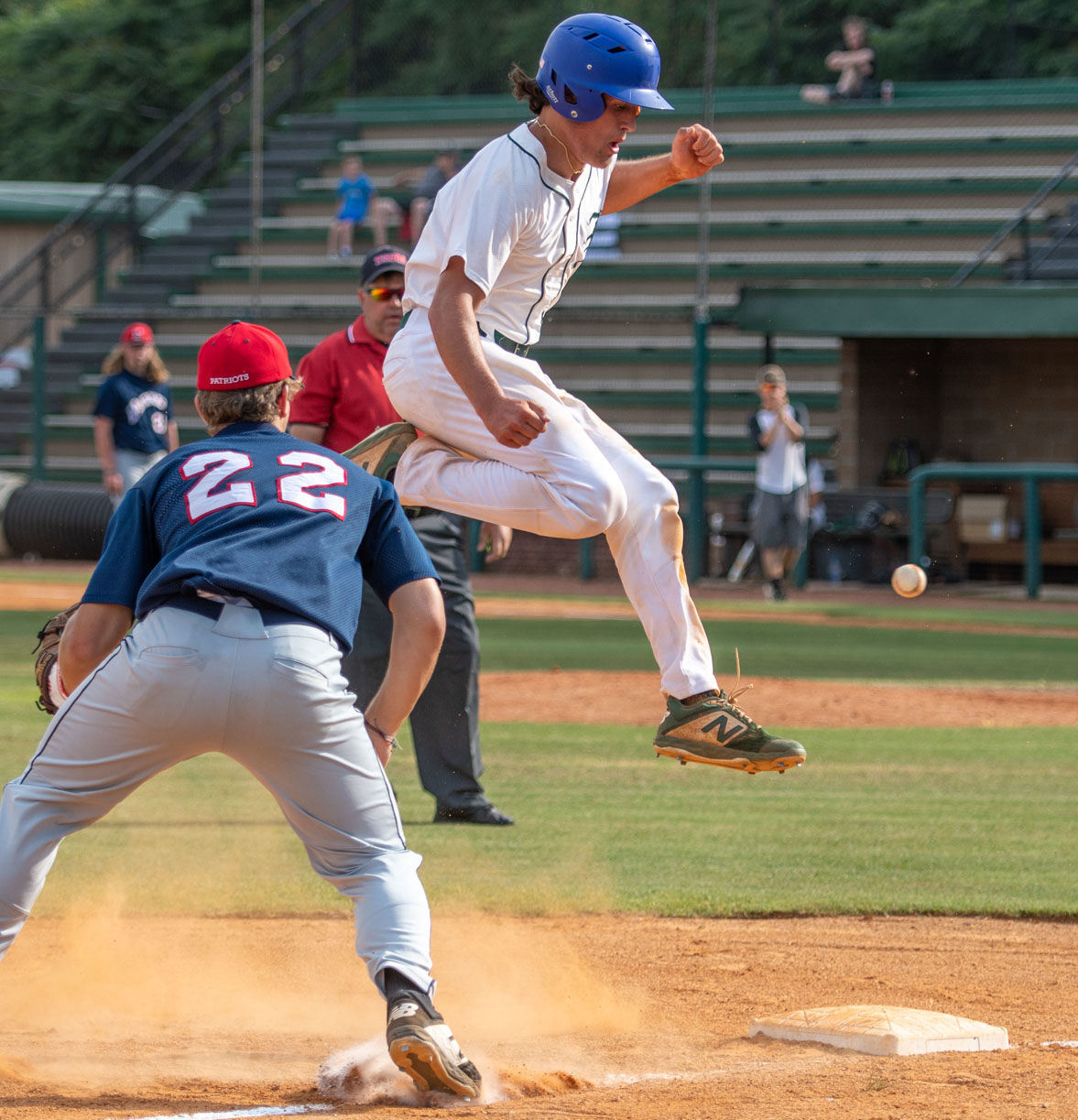 Zane Poe of the Express jumps over the ball as third baseman Dylan Bartley of the Patriots has no play.

Cody Trinkle of the Patriots slides into second base and knocks the ball away from Zach Smith of the Express.

Garett Bowman of the Express allowed one run over four innings.

Zane Poe of the Express jumps over the ball as third baseman Dylan Bartley of the Patriots has no play.

ELIZABETHTON, Tenn. — Dylan Bartley hadn’t stepped to the plate and faced live pitching in a game situation since March 12, but he proceeded to pound out two hits and collect three RBIs on Monday, June 8.

Garett Bowman was pitching on three months rest and yielded just one run in crafting four solid innings of work.

Bartley’s batting paced the Patriots from Bluff City, Tennessee, while Bowman’s pitching was the highlight for the Express from Bristol, Virginia, as the teams battled to a 5-5 draw in the East Tennessee High School Baseball League (ETHSBL) opener for both teams at Joe O’Brien Field.

A two-hour time limit left the game knotted up after six innings, but that couldn’t put a damper on the day for players on either side.

Bowman’s senior season at John Battle High School was over before it began due to the coronavirus pandemic. A few practices and scrimmages against Grayson County and Fort Chiswell were the only highlights during the 2020 season for Bowman and his teammates.

Bartley’s sophomore season on the diamond at Sullivan East High School was comprised of just three games when the pandemic halted sports at all levels.

That is why the two standouts are relishing every opportunity in the inaugural season of the ETHSBL.

“It was a good day to get back on the field with the boys,” Bowman said. “Getting back to the bonding and the brotherhood that we missed out on was the best part.”

A Milligan College signee who had contributed for the John Battle Trojans since his ninth grade year, Bowman had to shake off some rust. The left-hander’s final line included six strikeouts, five walks and four hits allowed.

“I’ve just been training. I’m not really throwing [bullpen sessions] but working on velocity-based stuff,” Bowman said. “It felt really good to be back on the field again. The [cancellations due to the pandemic] was awful, but I took it as an opportunity to train and get better and used it as a productive time.”

The lone hit for the Express was an RBI single off the bat of Dylan Cunningham in the third inning. Zane Poe and Bryson Almany each scored two runs for the Virginia squad, while Almany also played well defensively at catcher.

The Express beat the Wahoos from Rogersville, Tennessee, by an 8-1 score in June 7’s second night game, which was played at Johnson City’s Cardinal Park.

After a three-month layoff, there is still work to be done and some flaws to correct for each of the squads in the 16-team league, which runs through July 29.

“We’re a little late on our swings,” Bowman said. “But we’ll figure it out, though.”