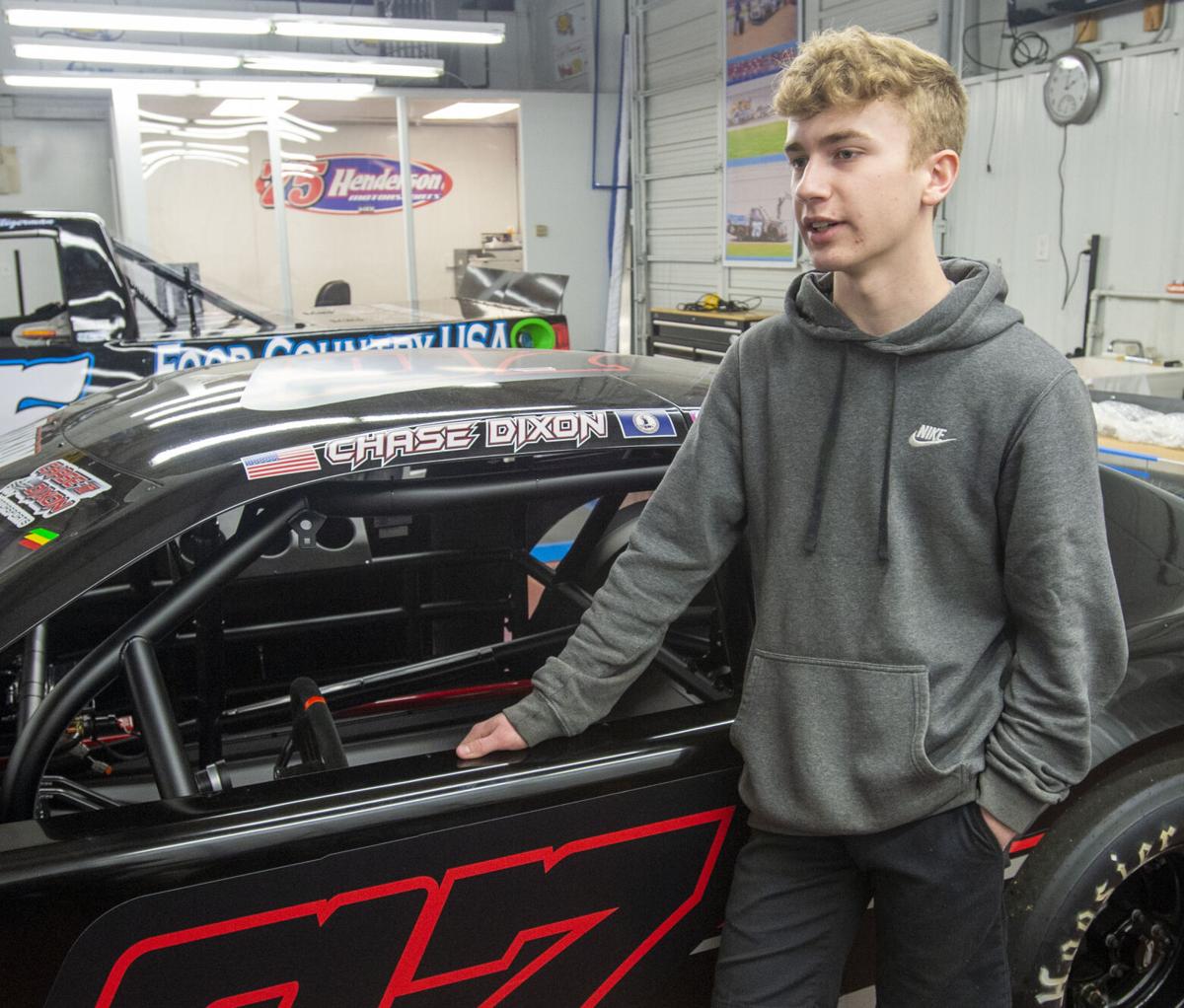 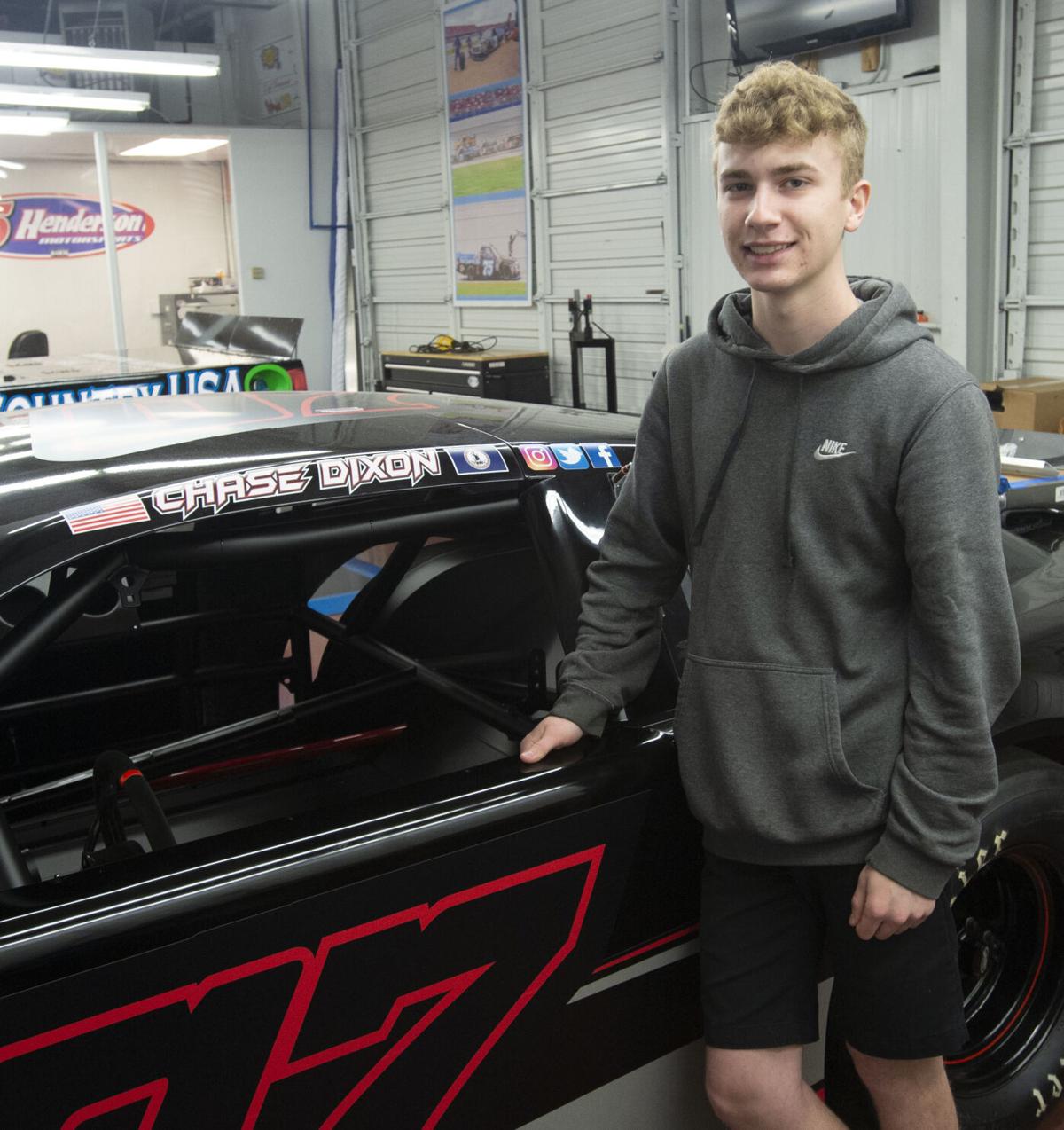 ABINGDON, Va. — Chase Dixon had a vision of his future four years ago.

“I was at a restaurant in Bristol when I saw a bandolero car hanging from the ceiling,” Dixon said.

A bandolero is a miniature race car capable of speeds in excess of 70 mph.

The more Dixon inspected the exotic machine, the more intrigued he became.

“I finally told my father (Chris) that I’d like to get a bandolero of my own and go racing,” Chase said.

After conducting more research into the cars and the national bandolero series, Chase made his motorsports debut at Lonesome Pine Raceway in Coeburn one year later.

“I finished among the top five in my first race,” Dixon said.

Dixon ended up winning six times that season en route to finishing second in bandolero points and winning the rookie of the year title.

One season later, Dixon nearly won a track title in the limited late model class on the strength of three victories.

Flash forward to May 29 at Kingsport Speedway.

In the opening event of the season at the concrete track, the 16-year-old Abingdon resident earned his first late model win after surviving a 60-lap battle that featured former track champions Kres VanDyke and Nik Williams.

It was just the second career late model start for Dixon.

“That was definitely amazing,” Dixon said. “We went into the race with the mindset of winning, and we came back with the trophy.”

According to Dixon, the entire night was memorable.

“I think that was one of the biggest crowds Kingsport has had in while,” Dixon said. “When I got out of the car in Victory Lane, I heard all the cheering, and I had so many friends and family with me. That was a cool feeling.”

One of the first friends to greet Dixon was crew chief Chris Carrier. The 60-year-old Bristol, Tennessee, native has steered drivers to wins at all three of the top levels of NASCAR.

“Chase has a lot of good things going for him,” Carrier said. “He has a good attitude about racing, he’s eager to learn, and he has impressive car control.”

Carrier was pleased with how Dixon handled himself last year in a pair of modified street and late model events.

“The modified streets have a little less horsepower, and Chase did very well,” Carrier said. “Right now, Chase just needs more seat time to figure out how to race and how to judge his car.”

Carrier also serves as the crew chief for Henderson driver Parker Kligerman. Due to the large number of entries for the May 26 race at Charlotte Motor Speedway and for last Saturday’s event at Atlanta Motor Speedway, the Henderson team has been sidelined.

“Having Chris on our team has been a humongous help,” Dixon said. “Chris has so much experience, and everybody in the sport knows him.”

From in-race strategy to pre-race motivation, Dixon has been soaking up the knowledge.

“With a crew chief like Chris, I’ve got a lot to live up to. I trust him 100% and listen to everything he says,” Dixon said.

Before the arrival of COVID-19, Dixon had mapped out a busy schedule at tracks such as Kingsport, Motor Mile Speedway in Radford, Virginia, and Hickory Motor Speedway in Hickory, North Carolina.

“We planned to run somewhere about every weekend at various places,” Dixon said.

The entire season was canceled at Motor Mile due to the pandemic, and the season has been delayed at other short tracks around the country.

During the down time, Dixon spent time in his race shop and hoped for the best.

“I was able to practice a few times before COVID-19,” Dixon said. “I followed the news, but I tried not to get my hopes up too high. I realize that going through rough patches in life just makes you stronger.”

Since he couldn’t race on an actual track, Dixon did the next best thing by competing in simulated iRacing events on his computer.

“I ran late model, super late model and trucks through iRacing, and I was happy with the progress I made,” Dixon said. “I think that background will really help me as a driver.”

The need for speed runs deep in the Dixon family. His grandfather, Greg Killen, was a longtime sportsman racer at Lonesome Pine Raceway.

“My grandfather won a bunch of races,” Dixon said. “He lives in Lebanon now and runs an auto body shop, but he comes to about all of my races and helps out the team every way he can.”

The other link to speed comes from Dixon’s older sister Lexi, who spent years racing junior dragsters at tracks like Bristol Dragway.

“I watched Lexi compete, and I wanted to get into drag racing at first. Then I saw some NASCAR races and decided to go in a different direction, and Lexi encouraged me,” Dixon said.

Now that Chase has found his niche in the elite late model class, he wants to keep climbing.

“Getting that first win will motivate us all to work harder and find more speed,” Dixon said.