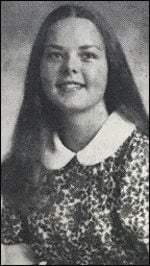 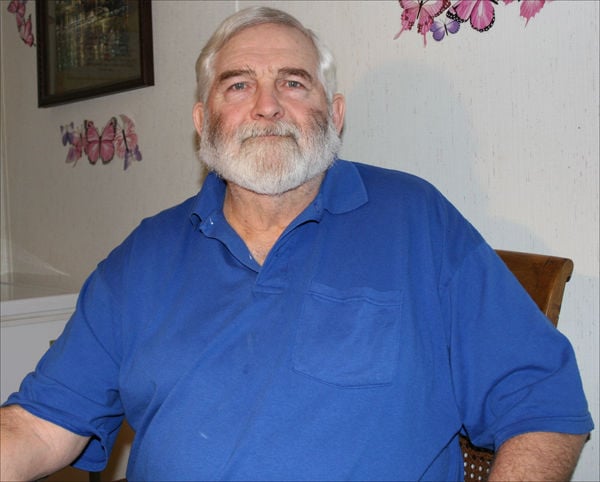 Barney Blankenbeckler is grieved every time he crosses Walker's Mountain.

Barney Blankenbeckler is grieved every time he crosses Walker's Mountain.

Smyth County resident Barney Blankenbeckler has traveled across Highway 16 between Marion and Rich Valley on many occasions over the past 40 years. On each of those trips, he has felt sadness as he remembers his young cousin whose body was found in the wooded area on the north side of Walker’s Mountain in 1977. His sadness is always followed by two questions. Will his loved-one’s killer ever be brought to justice? Will the Blankenbeckler family ever have answers and closure?

Blankenbeckler was almost 30 years old in 1977. His cousin Sharon Blankenbeckler was even younger, only 20, with her whole life ahead of her. On the afternoon of March 10, 1977, she left her home in Chilhowie to put in a job application at the Marion K-mart. That was the last time anyone in her family saw her alive.

Her car was found later that evening abandoned on the shopping center parking lot. The Blankenbeckler family reported her missing.

Eleven days later her photo, a brief description indicating she had long brown hair and blue eyes, weighed 108 pounds and was 5’4” tall and a request for anyone having information concerning her disappearance to contact the Smyth County Sheriff’s Department was published in the Smyth County News.

“She went into the K-mart to apply for a job. When she came out, the tire was flat on her little red car. I think it was a Dodge Colt. I think she went with somebody she knew and thought she could trust. That’s just my theory. When she was turned in as missing, the family was told that maybe she just ran off with somebody. She was a good girl, had always been in church. They were good people. I’ve always felt whoever killed her was trying to cover up something she knew,” Blankenbeckler said.

Blankenbeckler said he found the unpunctured flat tire “awfully suspicious” He had a new motorcycle and set out to look for his cousin.

Just under a month from the day she went missing, the young woman’s body was found, on April 8, 1977, near Highway 16 on the north side of Walker’s Mountain, about three-tenths of a mile from the top. According to then Smyth County Sheriff Billy J. Dolinger, the body was 12 to 15 feet from the shoulder of the road and was lying face down, head first down the mountain, indicating it had been shoved from a moving vehicle.

According to the April 12, 1977 issue of the Smyth County News, Sharon was found with her hands tied behind her back and a rope around her neck. The autopsy report said she was still fully clothed and revealed no signs of sexual assault. She had been strangled and her body had been on the mountain about a month.

“There were a lot of leads that could have been followed. A lot of mistakes are made in the justice system and not just in this case. I believe there’s more to this than anybody knows. She probably knew something on somebody. I would like to see the sheriff’s department open this case up and get something done. This case is 40 years old. Something needs to be done. They need to let the public know what has been done, what they are going to do or why they are not going forward,” Blankenbeckler said.

He does not believe his cousin was involved in drugs or anything else that would have landed her in trouble. He also believes that she deserves to have the killer brought to justice.

“I was working at the state hospital when this happened. Her brother also worked there. They called her brother and her daddy to come up there and identify her. Her brother said it was her. Her father said he wasn’t sure. The body had been on the mountain for 30 days,” Blankenbeckler said.

The autopsy confirmed it was Sharon’s body.

“I have always had it on my mind. When it’s somebody in your blood family, you’re not going to forget it. I’m not doing this for any popularity. I’m doing it for family. A lot of people in the community came to the funeral and showed support to the family. We deserve answers. We deserve to see Sharon’s killer brought to justice,” Blankenbeckler said.

Smyth County Sheriff Chip Shuler said the case is still active and is assigned to Captain Bill Eller, the department’s chief investigator. He said the department has possession of the evidence in the case and has kept the evidence secure, following the required chain of command in handling it.

Blankenbeckler wonders if or when the evidence might be tested by the Virginia Medical Examiner’s Office since forensic and DNA testing is available today that was unheard of in 1977.

“We have been in communication with the lab and they have given us guidance on what to do,” Shuler said, pointing out the Marion Police Department, the Virginia State Police and the sheriff’s department all worked on the case in 1977.

“If anybody has any information, even if they don’t think it’s important, we would like to hear from them,” Shuler said.

According to Brad Jenkins, DNA program manager with the Virginia Department of Forensic Science, it is possible to test DNA that is 40 years old, but several factors can affect the outcome. How the evidence was collected, the chain of command followed and how it was stored are among those factors.

Jenkins said DNA evidence in cases 20 to 30 years old has been successfully tested.

“We have tested some old cases and gotten results. Some we can’t get results from. We wouldn’t know until we got in there and looked at what we had. DNA can last for decades,” he said.

Jenkins works out of the Richmond office, which oversees testing statewide, including the Roanoke office that services this area.

He said the local sheriff’s office could contact the lab in Roanoke and speak with one of the scientists regarding the possibility of testing the evidence from the Blankenbeckler case.