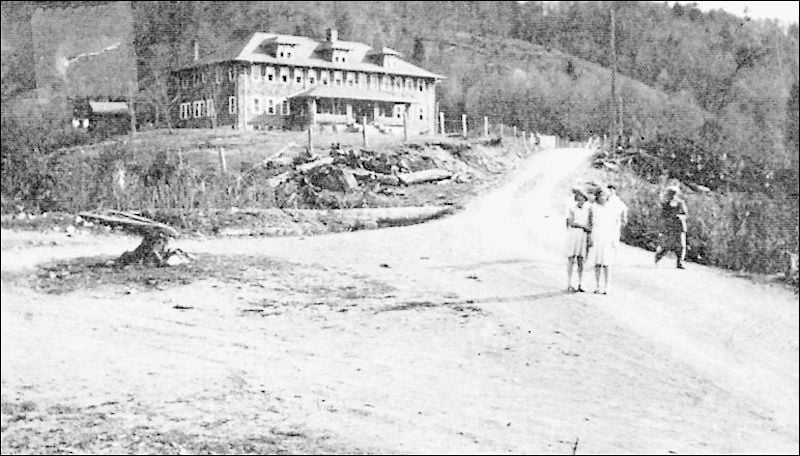 The Konnarock Training School in the 1930s. 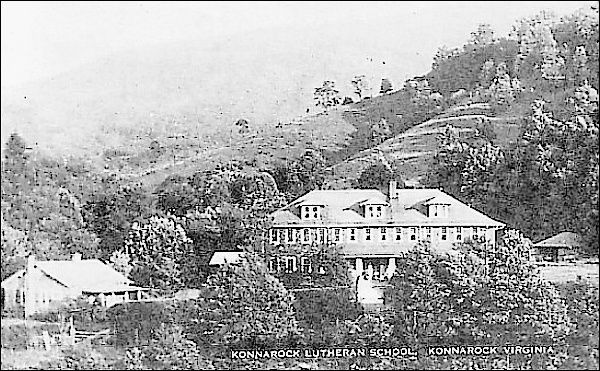 The Konnarock Training School in 1940.

The Konnarock Training School in the 1930s.

The Konnarock Training School in 1940.

Several years ago, I became acquainted with an incredible woman. I was introduced to Laura Lu Scherer Copenhaver by her grandson, Tom Copenhaver, and his wife, Rita. They had a collection of her letters that were in need of digitization. The messages within each page were transformative, as she wrote words of encouragement and counsel to each of her children. These letters come to mind each year, as Mother’s Day approaches. She began many of her letters with the salutation, “Dearest Children.” The tender emotions of a concerned and loving mother are eloquently communicated by this Smyth County mother, who was admired and respected by so many.

I anticipated the scanning of each letter as I found myself benefitting from Laura Lu’s advice just as much as her children had many years ago. Her words of counsel are timeless: “Do not be concerned about the world’s attitude to you, but about your attitude to the world. That is, do not worry over whether you are treated with respect or appreciation. Do not demand love, but be grateful for the privilege of loving. Be really interested in other people, honestly if you can. If you can’t, pretend an interest, just to help make the world run more smoothly.”

As I read each page, I became more fascinated with Laura Lu Copenhaver and her life. She was a force for much good. A brief biography on the Library of Virginia’s “Changemakers” website offers the following details: “A confidante and mother-in-law of the writer, Sherwood Anderson, Laura Lu Scherer Copenhaver (August 29, 1868-December 18, 1940) continued a family tradition of service to the Lutheran Church. She wrote fiction, poetry, and dozens of church pageants, many in collaboration with her younger sister, Katharine Killinger Scherer Cronk. One of Copenhaver’s poems, ‘Heralds of Christ,’ became a well-known hymn.

“Copenhaver coordinated the production of textiles out of her home, Rosemont. She hired women to produce coverlets based on traditional patterns and using local wool.”

“Her advocacy inspired the Women’s Missionary Society to establish the Konnarock Training School to provide elementary-level academic and religious education for Smyth County children who did not have access to other public schools.”

“By the year 1922, the whole of America had become conscious of the needs and possibilities of the ‘mountaineer’ and when at the biennial convention of the Women’s Missionary Society held in Pittsburgh, Pennsylvania, Mrs. B.E. Copenhaver spoke from first-hand knowledge on ‘Mountain Folk in the South—Our Untouched Opportunity,’ the convention was moved to bring in a resolution that a committee be appointed to investigate the possibilities of beginning organized work in this territory.

“As a result of the findings of this committee, Mrs. W.F. Morehead, Mrs. B.E. Copenhaver, and Mrs. John M. Cook, the Executive Board in the spring of 1923, called two workers, Miss Cora Pearl Jeffcoat, to become parish helper in the Watauga Parish in western North Carolina and Miss Mary Phlegar Smith to begin work in Virginia.

“Mary Smith began in a small settlement near Marion, Virginia, and for about a year, studied her problems, surveyed her field, and visited the mountain missions of other organizations. Soon the idea of a training school for girls took precedence over all other plans.

“In her travels she visited Konnarock, at the foot of White Top, a little village which had grown up around a lumber mill owned by the Hassinger Brothers. This firm had acquired large tracts of mountain land for the valuable forests which covered it. One of the brothers, Mr. L.C. Hassinger, made his home at Konnarock and he and his wife had quietly done a really remarkable piece of welfare work for the employees. They were interested at once in Mary Smith and her plans and offered to give 225 acres of land for the school.

“By the time of the next biennial convention in 1924, at Salisbury, North Carolina, the Women’s Executive Board were ready to recommend that a training school for mountain children be started at Konnarock and that a fund of $50,000 be gathered for the development, of the mountain work in Virginia and North Carolina.

“The school was started in a rented house on the so-called ‘Douglas Estate,’ at that time belonging to Mrs. Corinne Roosevelt Robinson. The building had been used as a summer camp by the Robinsons.”

The Konnarock Training School closed in 1958, but Laura Lu Copenhaver’s legacy remains. Countless individuals benefitted from her efforts to improve the lives of those who lived in this area.

In honor of her remarkable life and seemingly endless work on behalf of others, Laura Lu is being honored with the placement of a statue in the Virginia Women’s Monument, “Voices from the Garden.” According to the website, this is the “first monument of its kind in the nation recognizing the full range of women’s achievements. From the founding of the Commonwealth, the genius and creativity of women and their presence and contributions have been evident in every aspect of Virginia history; however, they have received little appreciation, recognition, or official acknowledgement.”

It is fitting that this Smyth County mother takes her place of honor among the great women who will forever stand in Capitol Square, beckoning new generations of women to rise to their potential and find their own voices, while listening to those whose voices echo from the past.

If you have a story or photograph to share about Laura Lu Copenhaver or the Konnarock Training School, I may be contacted at mwlinford@yahoo.com.