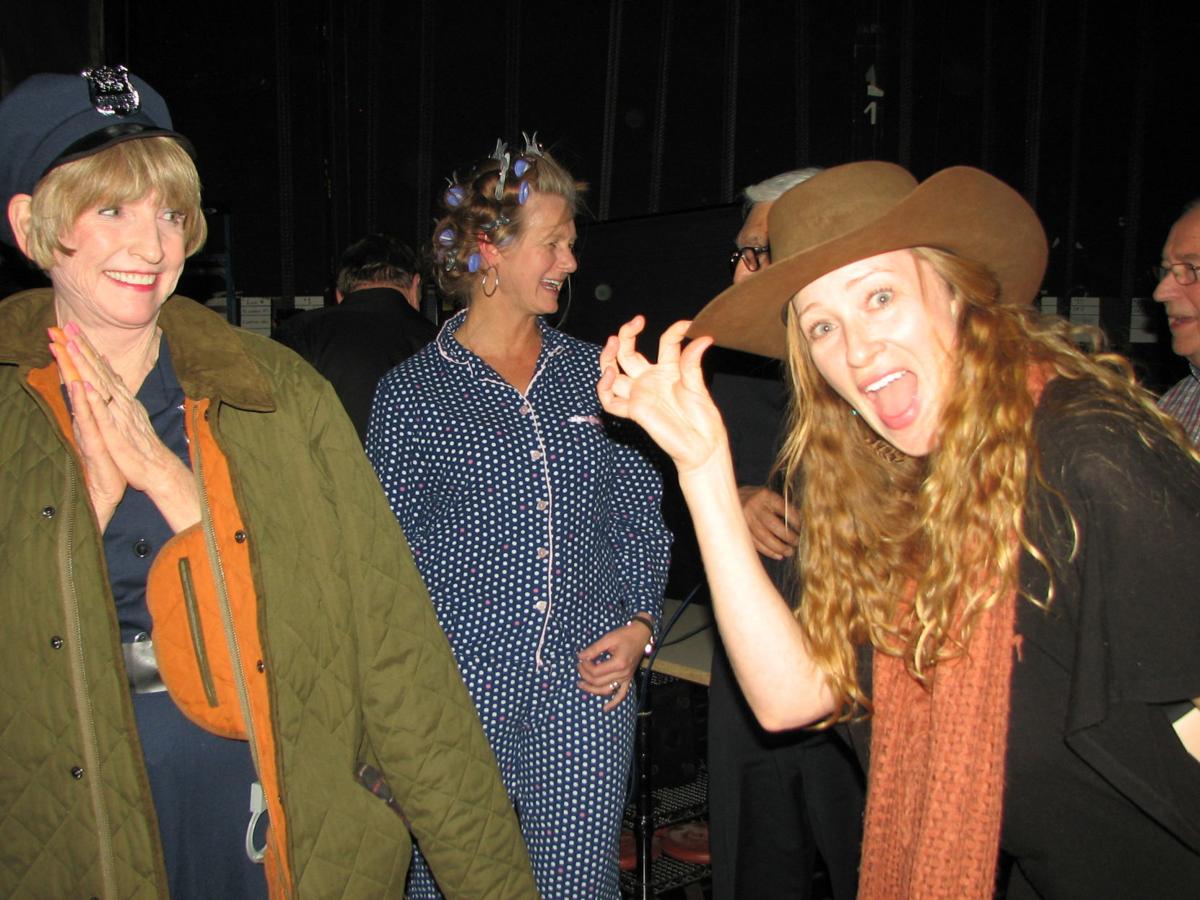 Abingdon Rotary Club members (from left) Doris Shuman, Christine Lawson and Elizabeth Gardner have fun backstage as they await their performance on stage at the Barter Theatre. 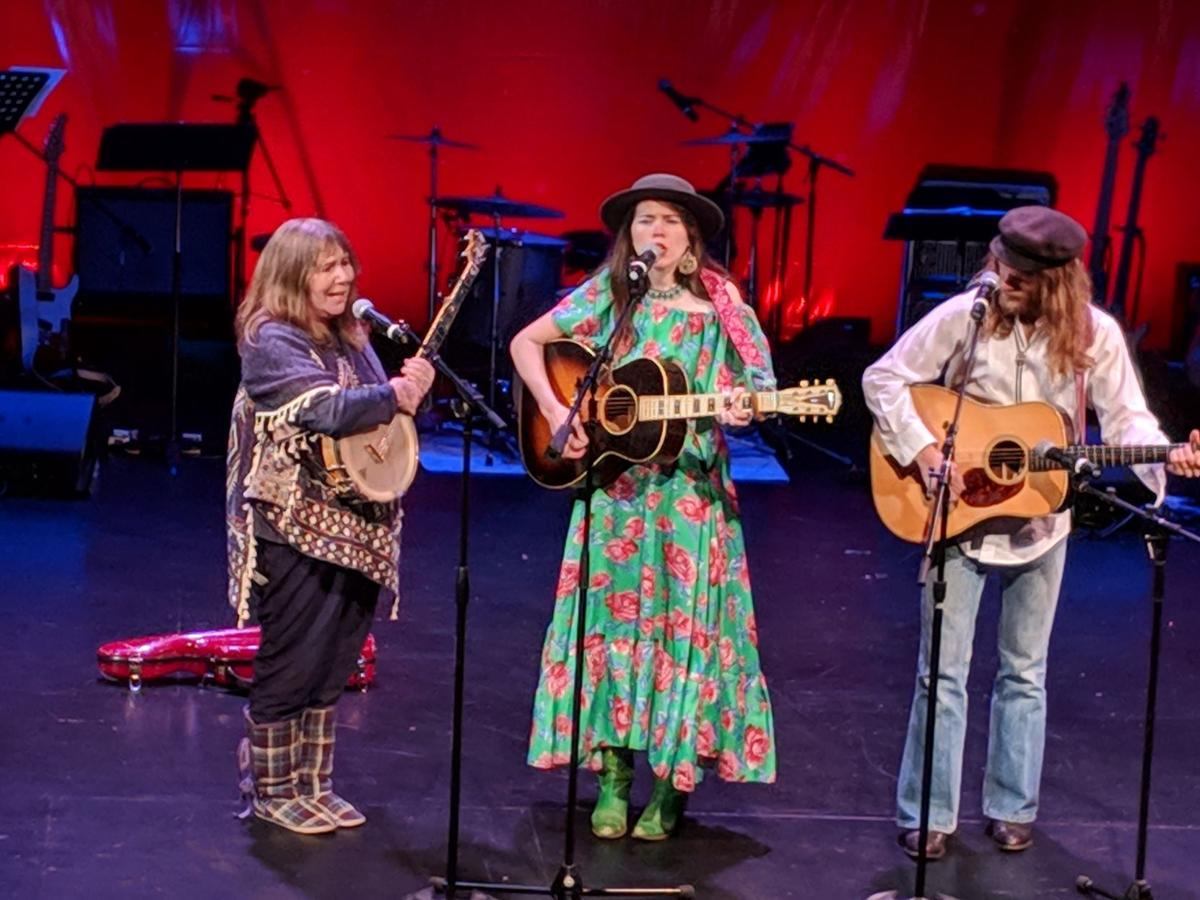 Martha Spencer, a native of Whitetop (center) is a guest musician at last year’s Rotary Frolics, along with her mother Emily Spencer and Frank Rische. 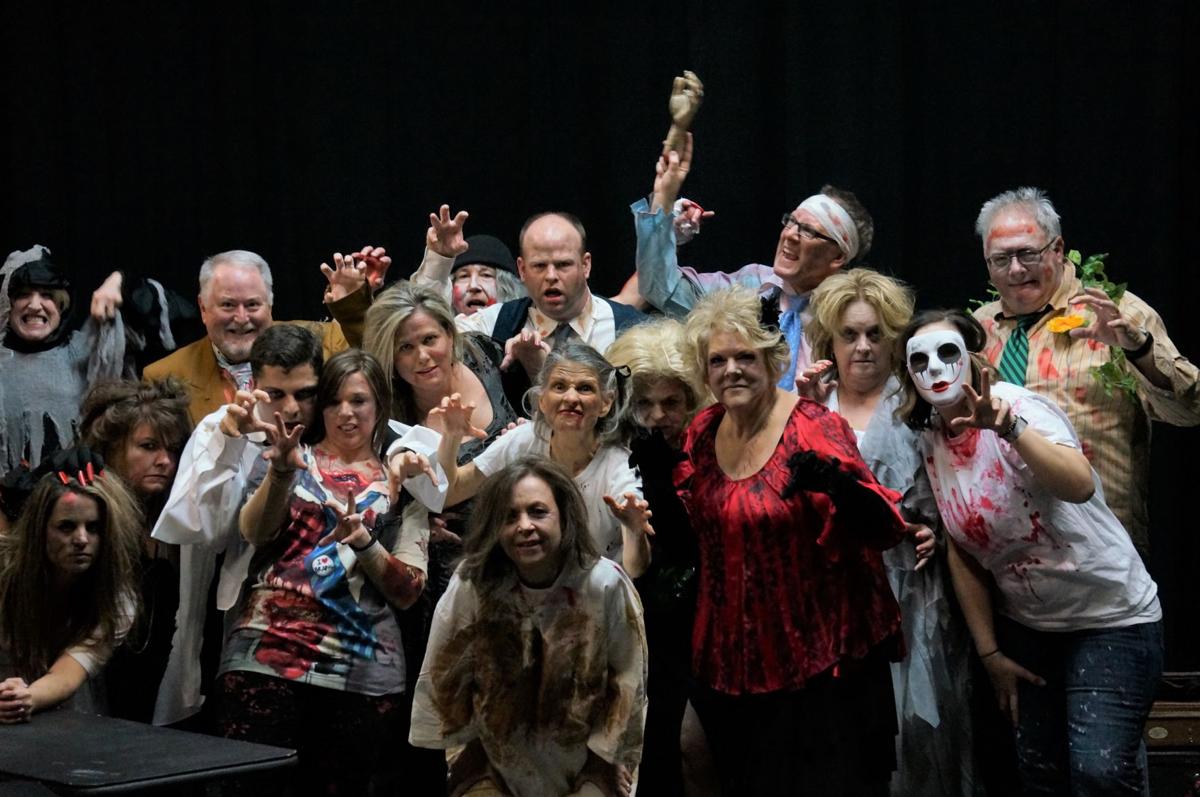 Members of the Abingdon Rotary Club dressed as ghouls for a performance of Michael Jackson’s “Thriller”  during the 2019 Rotary Frolics.

Abingdon Rotary Club members (from left) Doris Shuman, Christine Lawson and Elizabeth Gardner have fun backstage as they await their performance on stage at the Barter Theatre.

Martha Spencer, a native of Whitetop (center) is a guest musician at last year’s Rotary Frolics, along with her mother Emily Spencer and Frank Rische.

Members of the Abingdon Rotary Club dressed as ghouls for a performance of Michael Jackson’s “Thriller”  during the 2019 Rotary Frolics.

ABINGDON, Va. — Money raised at this year’s Rotary Frolics will go toward the purchase of a children’s splash pad park at The Meadows in Abingdon.

According to Mark Graham, director of the variety show put on each year by the Abingdon Rotary Club, nearly all of the proceeds have been earmarked for the project, estimating to cost $100,000.

Proceeds from this year’s shows are expected to raise as much as $25,000, which includes admission fees, advertising for the programs and donations from corporate sponsors.

“Rhythm and Rootary” is the theme for this year’s show. “It’s a little play on the local Rhythm and Roots music event,” said Graham.

The 71st annual show, described as a frolicking good time with plenty of laughter, promises to entertain audiences.

A highlight of the variety show is the appearances of two accomplished musicians, Dr. Mark Handy of Abingdon and Martha Spencer, a native of Whitetop, Virginia.

Handy is a local physician who is a banjo player, champion clogger and member of Mountain Park Old Time Band and Tune Town Band, which won Vocal Group of the Year at Blue Ridge Acoustic Uprising in 2014.

For the second consecutive year, Martha Spencer, old-time musician and songwriter, will perform songs that echo her authentic mountain music roots. Featured inside the November 2018 issue of Rolling Stone magazine, Spencer was listed as one of the “10 New Country Artists You Need to Know.”

“We’re very excited to have them back this year. They add some real talent to the show — the rest of us are just amateurs,” Graham said.

According to the director, the show will feature “good-natured ribbing and frolics” about current local headlines, such as the development of the new Food City, the proposed move of the Abingdon Courthouse and the proposed casino in Bristol.

“We’ll also work in some national politics with this being a presidential election year,” he said.

“ROTN News” and “Bert and Bart” are hilarious skits that audience members come to expect each year. Bert and Bart are played by County Treasurer Fred Parker and Abingdon attorney Wayne Austin.

The evening wouldn’t be complete, said Graham, without a few cross-dressing acts and one skit that is similar to Carnac the Magnificent, a comedic act of Johnny Carson.

“We may do some skits that resemble episodes of ‘Saturday Night Live’ or ‘Hee Haw,’ but we really like to keep the content as local as possible,” said Graham. “I think that’s why people have kept coming to the show for 71 years. It’s a lot of local humor about local politicians and public figures.”

According to Graham, the variety show requires hours of planning before it hits the stage each year.

“We start in September hammering out ideas for skits, musical acts and other content, before a team of writers begins the writing process.

“It involves a lot of work, but the rewards are priceless,” said Graham, who has helped to organize the show for four years following the retirement of Rotarian Ed Damer, who directed the show for 44 years. Damer still contributes to the show by serving on the show writing committee.

“The show is like nothing else you will see anywhere, and it’s a great bargain for $20 a ticket. We raise the money and turn around and give it away to many worthwhile programs in the community that serve youth.”

Those programs include the Backpacks Unite of United Way of Southwest Virginia, Ecumenical Faith in Action, Washington County Habitat for Humanity and a host of others.

Another major fundraiser that contributes to programs served by the club is Rotary Riverboat, a night of casino-style gaming, that is held in the spring.

Tickets to the show are $20 each and can be purchased at the Barter Theatre box office or from members of the Abingdon Rotary Club. Call Barter Theatre at 276-628-3991 for seat reservations.