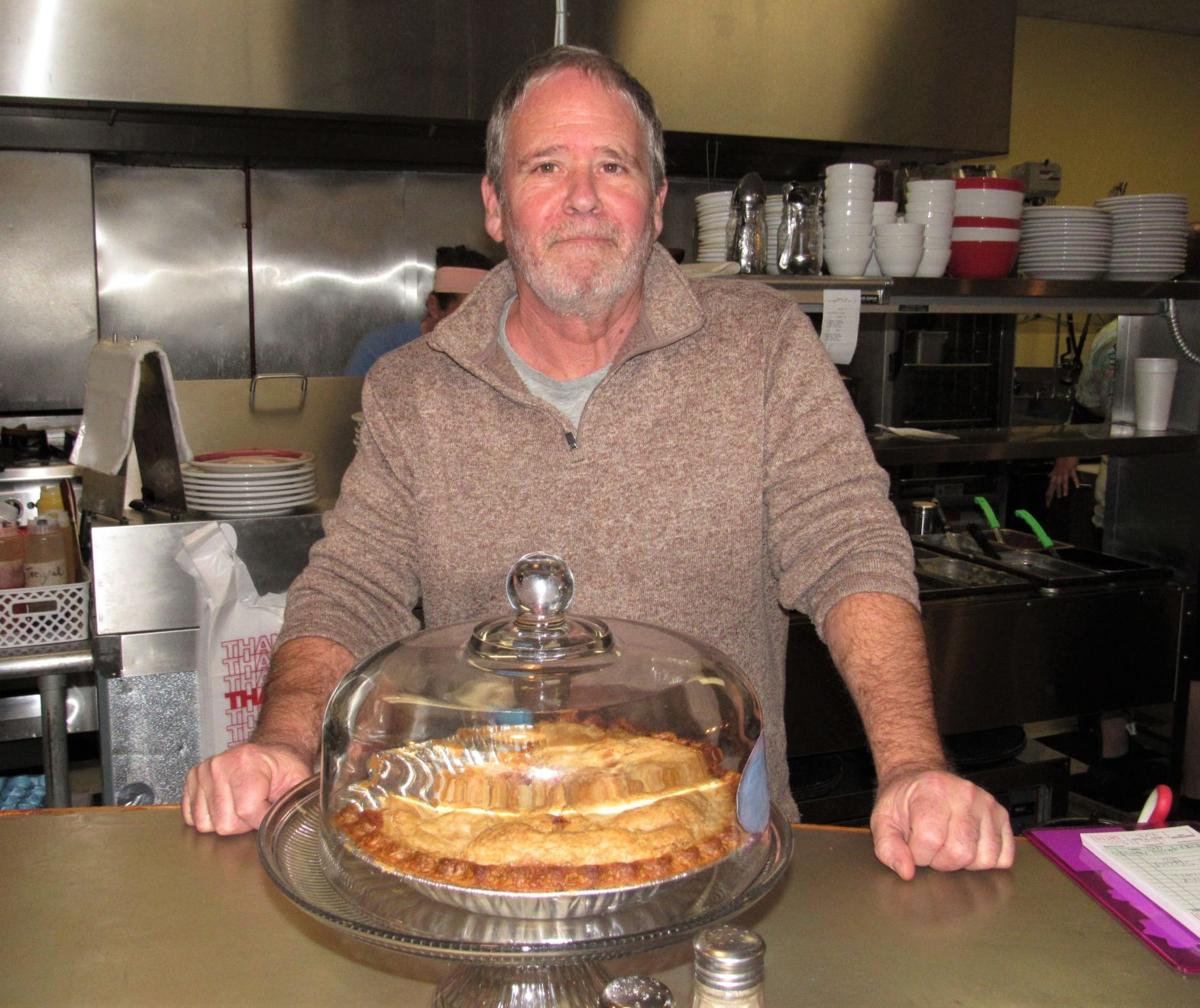 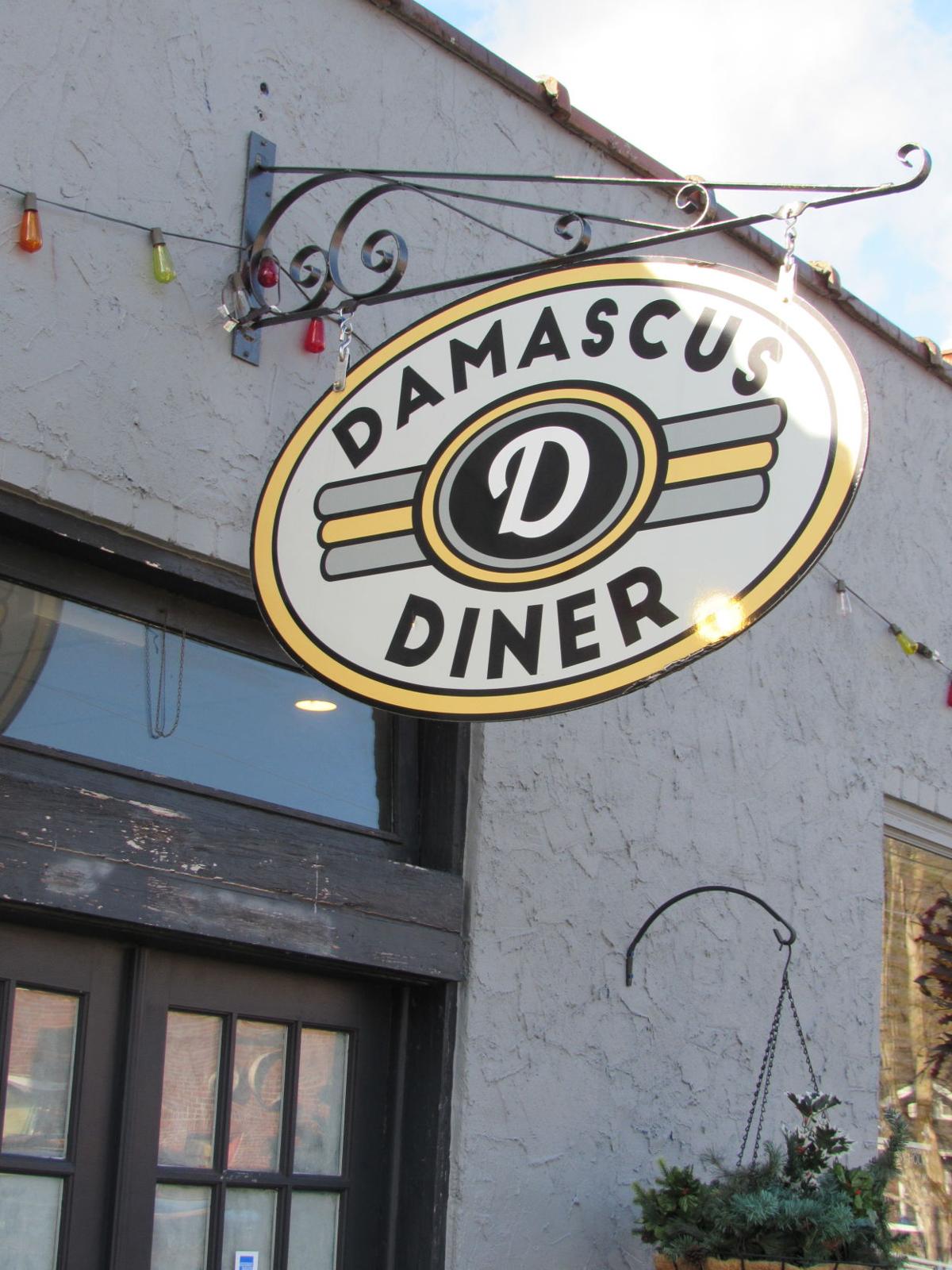 The Damascus Diner on Shady Avenue has served an old-school menu since Ralph Wilson opened the small diner nearly two years ago. 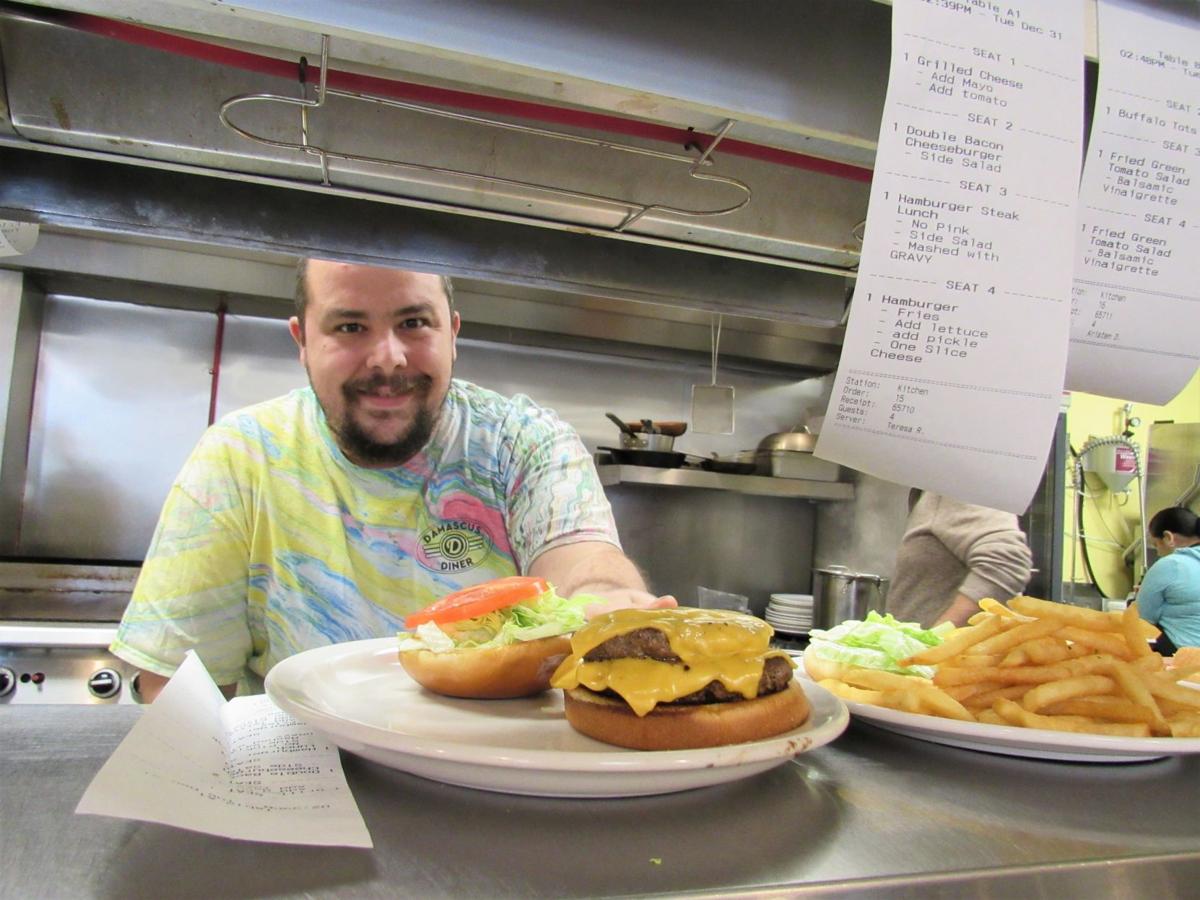 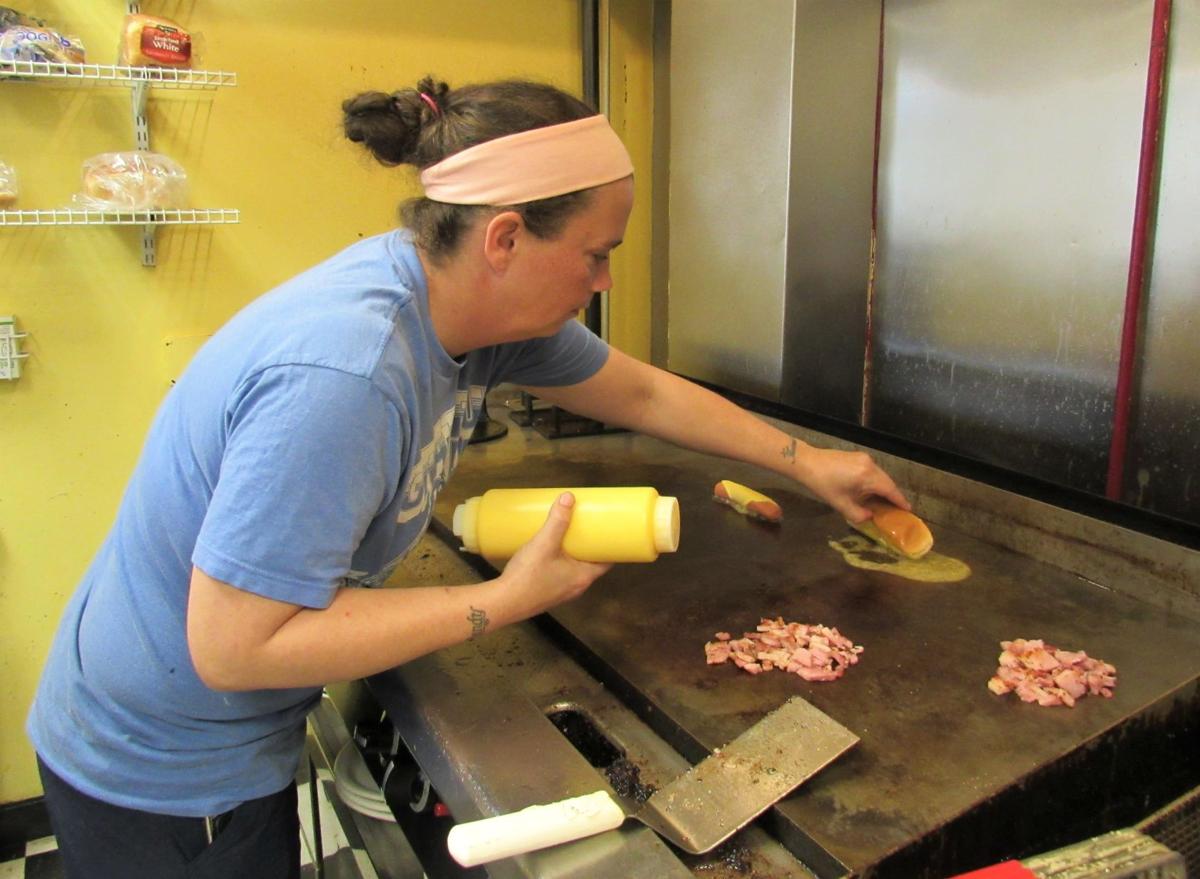 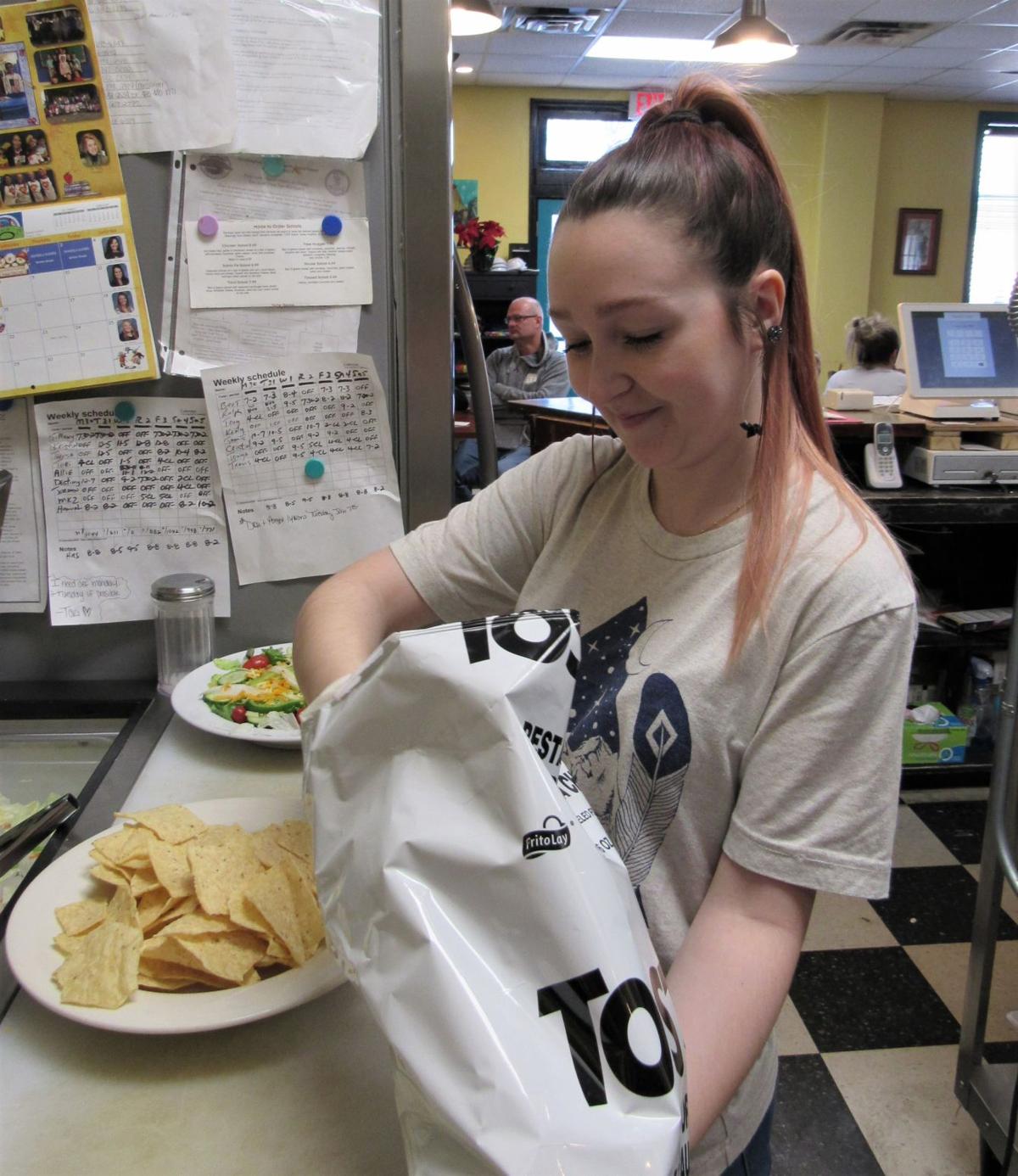 Server Kristen Dupree prepares a plate of chips for her customers.

The Damascus Diner on Shady Avenue has served an old-school menu since Ralph Wilson opened the small diner nearly two years ago.

Server Kristen Dupree prepares a plate of chips for her customers.

DAMASCUS, Va. — From the outside, the unassuming small-town diner on Shady Avenue in Damascus may not look like anything special, but on the inside, Ralph Wilson stays busy serving up old-fashioned Southern comfort food.

People don’t come for the aesthetics at The Damascus Diner — they return to the old-school-style diner for the burgers, mashed potatoes and meatloaf.

It’s the perfect place to refuel after a day of hiking on the Appalachian or Virginia Creeper trails that run through the town.

And it’s the unexpected menu items that give the business owner a competitive edge.

“We’re known for our grilled cabbage,” said Wilson. “We cut it, season it and grill it to order. It’s a year-round favorite.

“Tomorrow, our menu is the Hoppin’ John — black-eyed peas for good luck, pork tenderloin, grilled cabbage and cornbread,” said the diner owner while planning the menu to kick off the new year last week.

Wilson doesn’t take a back seat to running the business. Serving breakfast, lunch and dinner, he helps cook the meals and sometimes plates the food and serves it.

“Yesterday, we made Grilled Cheese Burgers — a burger sandwiched between two grilled sandwiches.”

To honor the annual Yeti endurance race in town, he’s been known to prepare a burger with the works. “It’s the gaudiest burger you can think of, but people love it.”

Wilson opened the small diner that seats 44 people nearly two years ago, after winning the 2018 Washington County Business Challenge. Damascus was a perfect fit for the retiree who had worked 20 years as general manager of Cracker Barrel in Abingdon.

“Business has been good ever since,” he said. “Some months are better than others. If every month was as good as it is during Trail Days and Mother’s Day in May, I could really do some damage,” he said with a laugh.

Flavor of the town

The retiree said he’s here for the long haul, especially since the town will gain a new Appalachian Trail Center, set to begin construction this month. The trail center planned for West Laurel Avenue will serve as an anchor piece for downtown businesses and recreational assets. The center will support visitor information, exhibits and training seminars.

According to Gavin Blevins, Damascus town manager, a spur trail, a trail that branches off the main trail, is out to bid for construction now. “This greenway will bring bicycle traffic off the Creeper Trail down to Laurel Creek to a new park being constructed at the same time and then back to the Creeper Trail, forming a loop that creates better connectivity to the downtown,” said Blevins.

Wilson also is taking part in a facade program that is a one-for-one match for property owners in the downtown, allowing them to receive grant money to refresh their buildings’ facades, so long as they match the grant money with cash or work already completed within the last two years.

The Appalachian and Virginia Creeper trails attract thousands of visitors to “the Friendliest Town on the Trail” every year. “We need to develop enough attractions to keep visitors in town for a week instead of just a day or two,” said Wilson, who is a member of the zoning committee for the town.

“Southwest Virginia is a unique part of the state, and I am excited to be part of the success taking place in this town,” he said.

“I’m not in the restaurant business to get rich. I could put my money in CDs or stocks and make more money, but I mainly do it because I like doing something good for the town. I think eventually there’s going to be great things happening here.”

He’s already making plans to open a quaint coffee shop and deli across from his Dragonfly Inn on Laurel Avenue in town.

One of the secrets to a successful restaurant is not biting off more than you can chew, said the entrepreneur.

“Part of owning a restaurant is knowing what you can buy that’s just as good as what you can make. There’s no way you can make everything from scratch — you have to make choices,” said Wilson.

Feedback from customers like Lucy and James Huffman is always favorable.

The couple from Konnarock, Virginia, stops by the diner every chance they get. “Everything they have is good. It’s a nice atmosphere, and it’s a good place to come and eat,” said the wife. “And the people are so nice.”

The diner owner believes the quality of food for the price sets his business apart from other local eateries.

“Our main focus is for locals to eat good food at reasonable prices. They don’t have to travel outside the town for good food at good prices. I take pride in making sure I get good quality ingredients, like bacon and sausage.”

Wilson has obtained a full liquor license for the diner. “But I’d rather be a restaurant that serves an occasional drink with a meal, not a bar that serves food.

“I like new innovations, but I also appreciate classics,” said Wilson, who shares chef duties with Brett Ryburn.

“Our Hiker Hash and Breakfast Burrito are very popular breakfast items, but I’m thinking about adding something new. I’d like to add Banana Foster Pancakes that are just like the dessert — brown sugar, butter and bananas poured over pancakes.”

Their Tree Hugger Salad, a bed of greens tossed with a tomatoes, cucumbers, walnuts, craisins, peppers and onions, topped with balsamic vinaigrette dressing, caters to the vegetarian eater. The Brown Derby, a turkey sandwich on egg bread, topped with cheese sauce, bacon and tomato, is another favorite.

“I add a little nutmeg to the sauce,” he said.

“I love when a customer tells me this is the best French toast or the best hashbrown casserole they’ve ever eaten.

“It’s those moments that make it all worthwhile.”