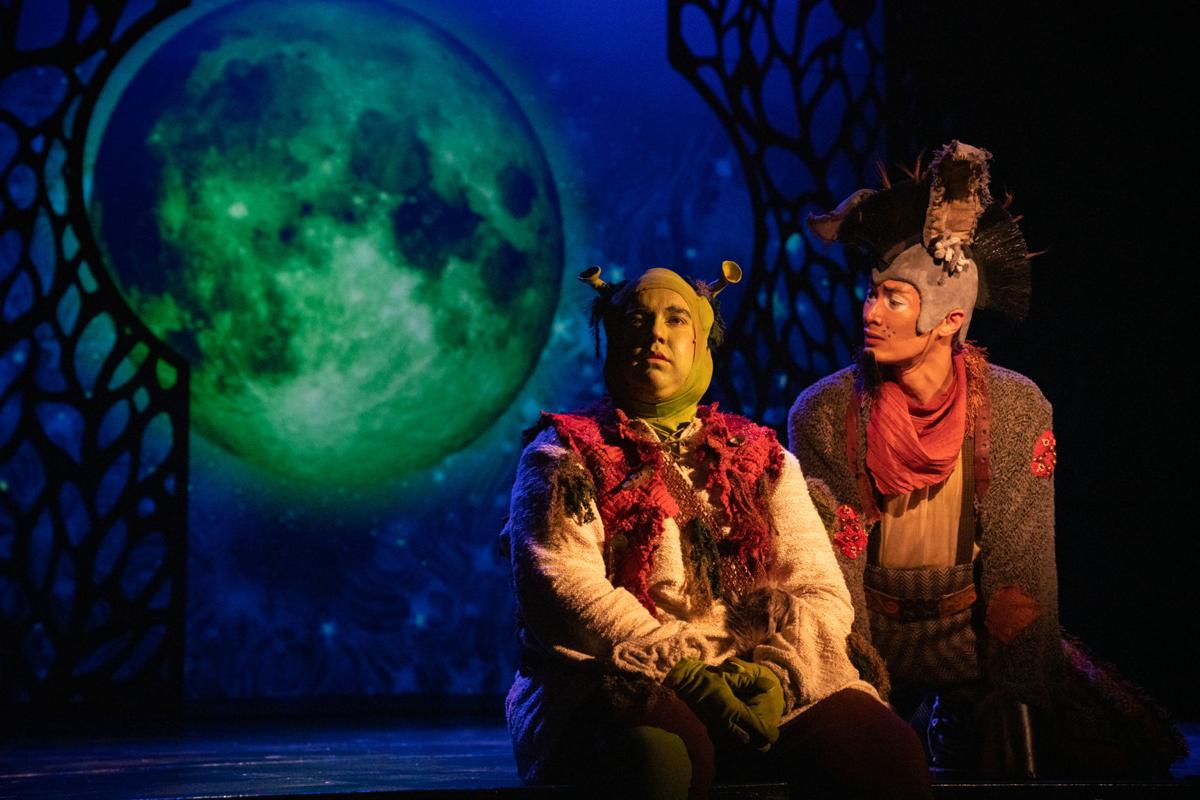 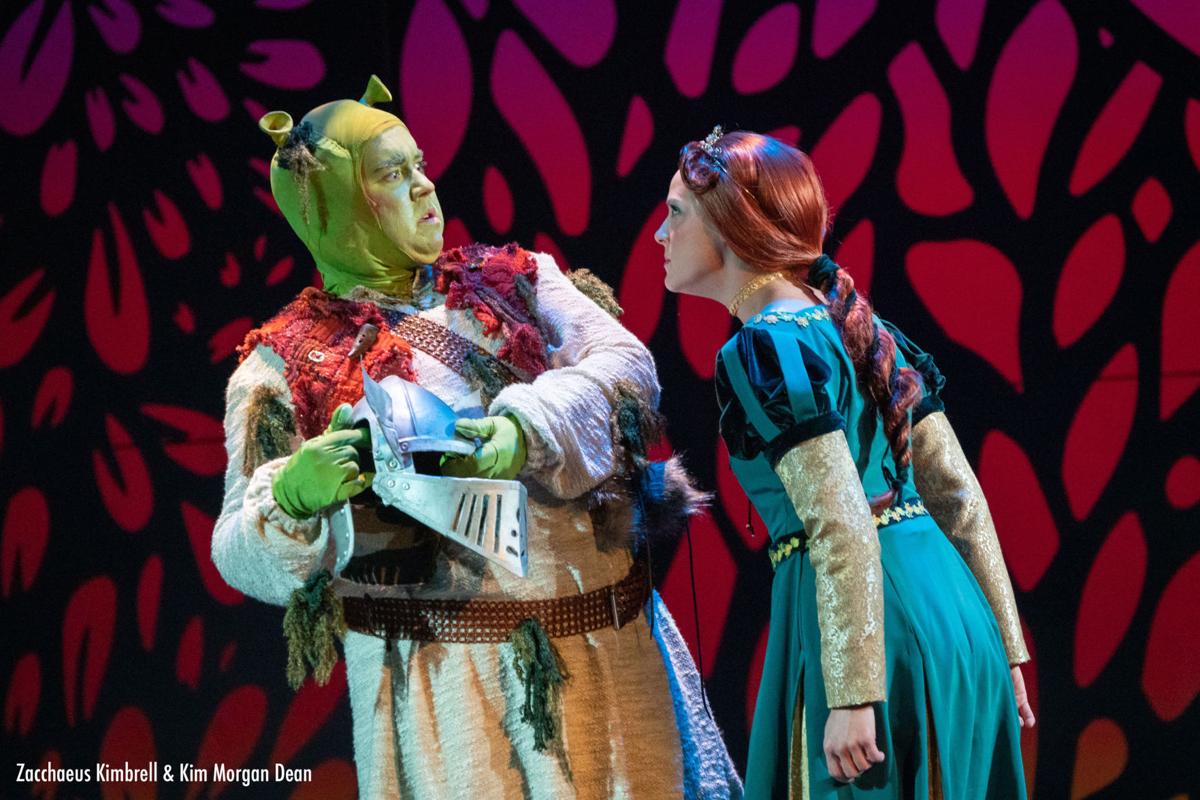 ABINGDON, Va. — Who’d ever dream that a heartwarming fairy tale about a green ogre and his sidekick donkey could teach us so much about being human?

But for the crew bringing the story to life at Barter Theatre, it’s true.

There’s a lot to learn about humanity when “Shrek the Musical” takes the Gilliam Stage at the theater through Aug. 25.

In “Shrek the Musical,” a cold-hearted ogre transforms into an unlikely hero. Along the journey to save a princess, Shrek runs into a flirty dragon, a tiny villain and some fairytale favorites like the Gingerbread Man, the Three Little Pigs and Pinocchio.

“‘Shrek’ is a really fantastic story about inclusion and acceptance and what makes us unified as human beings,” said Rick Rose, artistic director at Barter Theatre.

“It’s a truly positive and wonderful message about how our differences should be celebrated instead of something that divides us.

“This stage adaptation is as compelling — or even more so — for adults. Many adults have come away thinking this is the best thing they’ve ever seen at Barter,” said Rose.

The musical is not only capturing the hearts of audiences. Six Abingdon restaurants are rallying behind “Shrek the Musical” at the Barter Theatre by creating “Shrek”-themed drinks and entrees based on their menus. Participating restaurants are Bonefire Smokehouse, Greeko’s, Little Downtown Donuts, The Martha Washington Inn & Spa, The Tavern and White Birch Food and Juice.

According to Wendy White, communications manager at Barter Theatre, the collaboration benefits both the Abingdon businesses and the Barter Theatre. “The food items are offered through the run of ‘Shrek,’ and after that, they may not be available, which makes it an even more unique experience.”

“It looks like something that would come out of Shrek’s kitchen,” said Childress.

“We’ve had several customers ask for them, and we’ll be glad to make a ‘Shrek’ donut even after the production is over.”

Doug Beatty, owner of Bonefire Smokehouse, said he discovered during online research that, in many stories, ogres eat babies. “So, in honor of ‘Shrek,’ we have a menu item called Baby Bakers. It’s fried new potatoes rolled in spices, covered in a homemade cheese sauce and topped with bacon and scallions,” said Beatty.

“I just served this item today.”

The characters in the musical are as clever and creative as the food being served in honor of “Shrek.”

“During the show, you become distracted by the glamour of the costumes and amazing music, and all of the sudden, at the end, you realize you’ve been absorbing this awesome message of how important it is to be yourself and to love who you are — not in spite of but because of the things that make you unique and special,” said White.

Shrek, the title character, is a terrifying ogre who lives alone in a swamp. “He’s a layered onion character,” said White. “He knows there’s more to him than this outside shell that is angry and isolated.”

He embarks on a journey to rid his land of fairytale creatures and, along the way, falls in love with Fiona, a beautiful princess who transforms into an ogre every night when the sun sets. Shrek reveals his layers and eventually becomes the hero.

“She is fueled to be a strong and energetic woman — truly a hero. She is unafraid of anything and knows exactly what she wants because she’s been locked in a tower and thought about it her whole life.

“As young girls and women watch the show, they are likely to appreciate those qualities.”

Lord Farquaad, the diminutive villain, is self-absorbed, lonely and sometimes cruel. “He is consistently a great comic relief for the show,” said White. “He has a Napoleon complex of a short guy who’s overcompensating.”

Samuel Floyd, the actor, plays the 3-foot character by manipulating small legs that are part of his costume while remaining on his knees throughout the show.

As we all know, Donkey is the rational one. “The talking Donkey is optimistic with a heart. He connects all the dots and brings everyone back down to earth,” White said.

For more information about “Shrek the Musical,” visit www.bartertheatre.com. Tickets start at $20. To book seats, call 276-628-3991 or purchase tickets online.