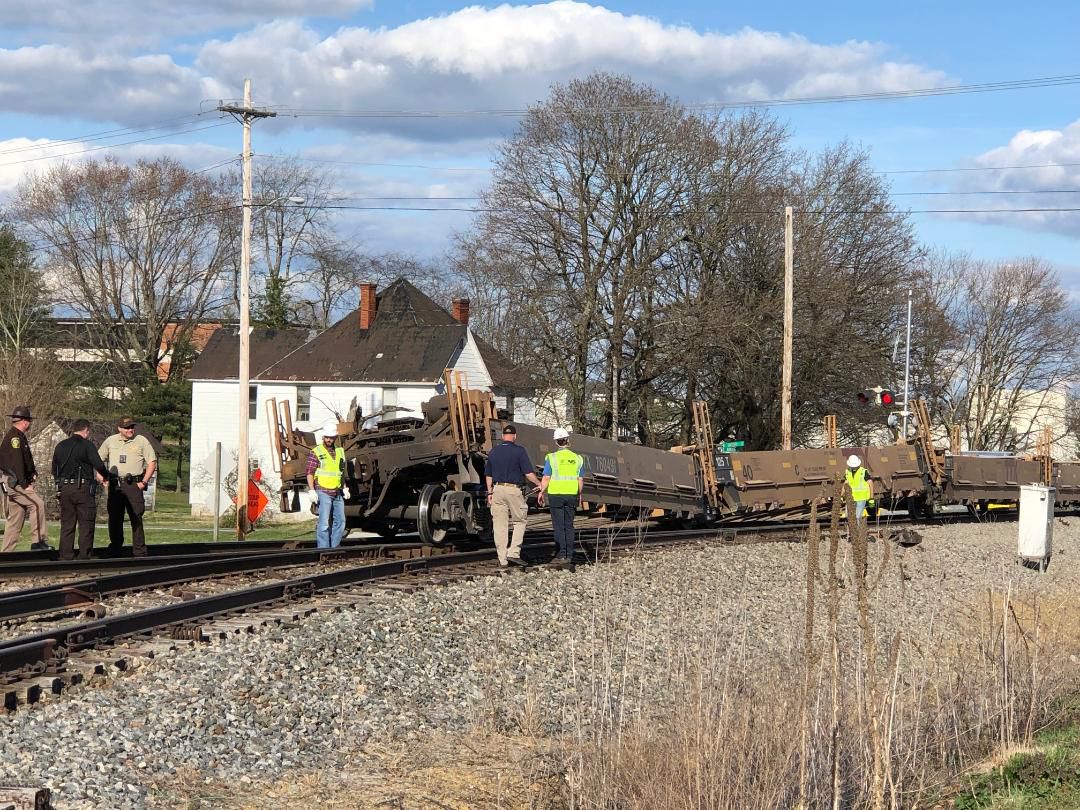 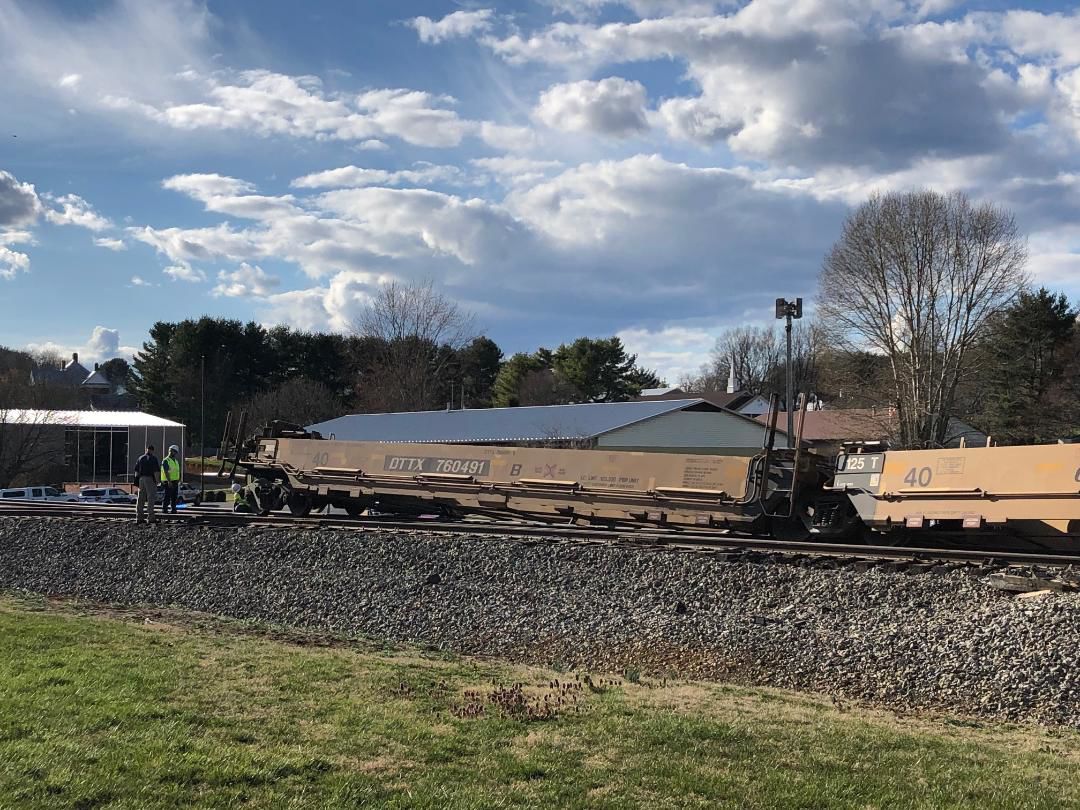 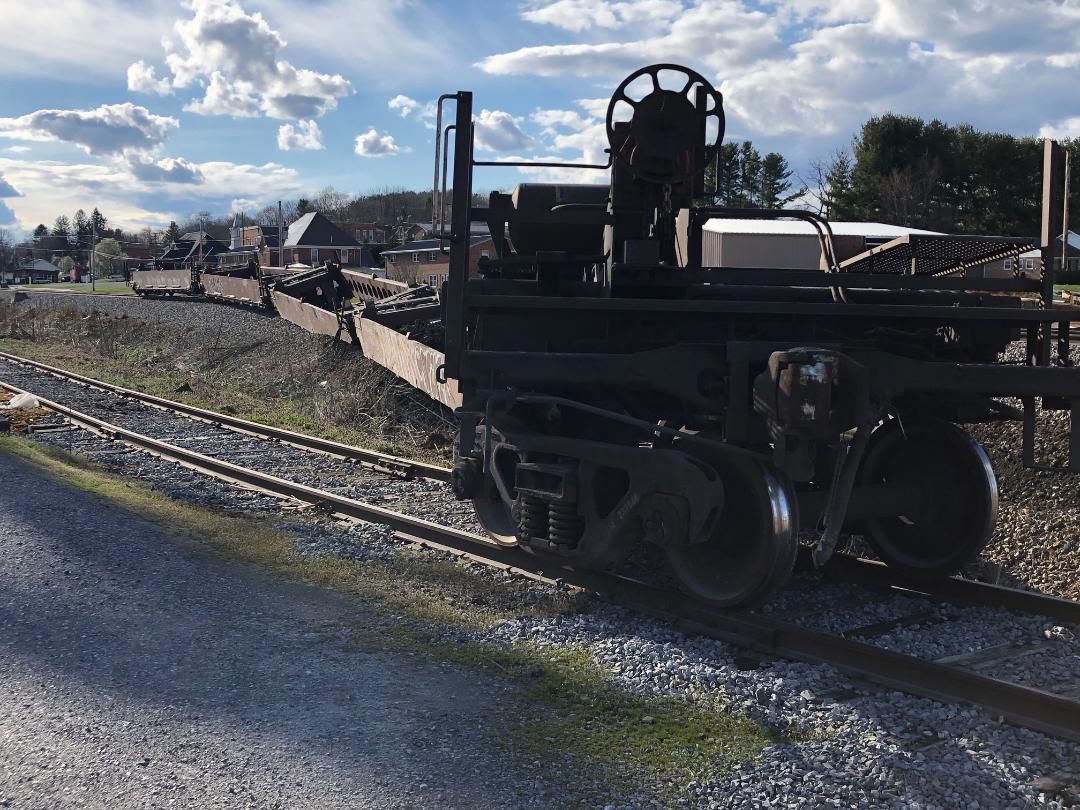 No injuries were reported after a Norfolk & Southern train headed from Roanoke to Bristol derailed in Rural Retreat about 3 p.m. Saturday. Officials on the scene said the cars that derailed were empty. The train engine and railroad cars not involved in the derailment were sent on to Bristol.

The derailment occurred in the area in front of the Rural Retreat Rescue Squad building. According to a Norfolk & Southern spokesperson, the cause of the derailment was unknown as of Saturday evening.

Crews on the scene said that cranes would have to remove about 40 cars from the railroad track before the track can be repaired. Work is expected to last until at least Monday, they said. Nearly a mile of track will need to be replaced, officials said.