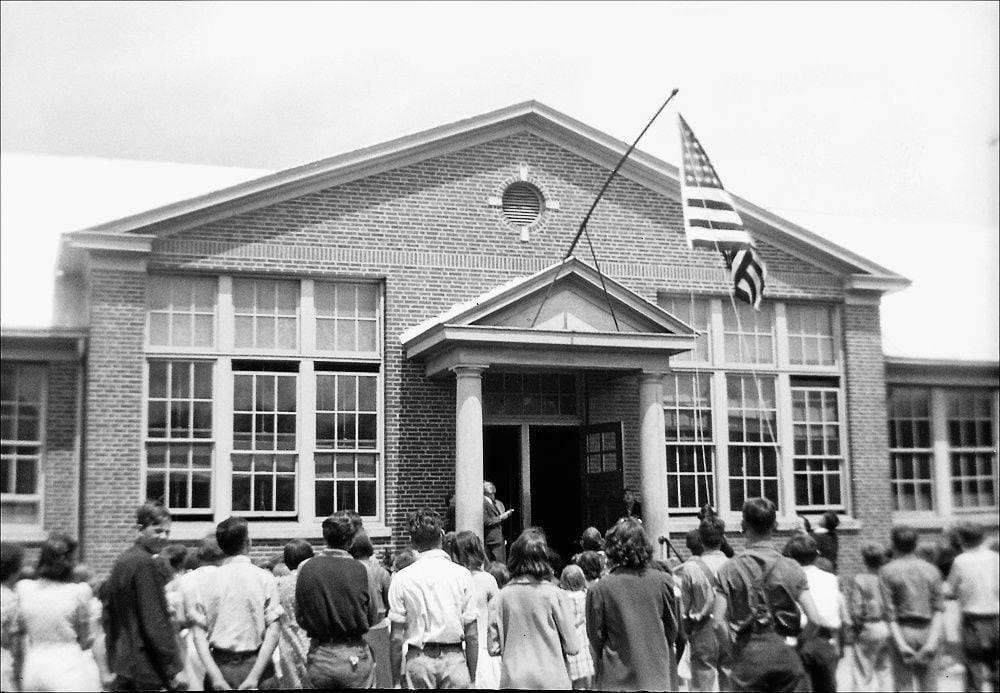 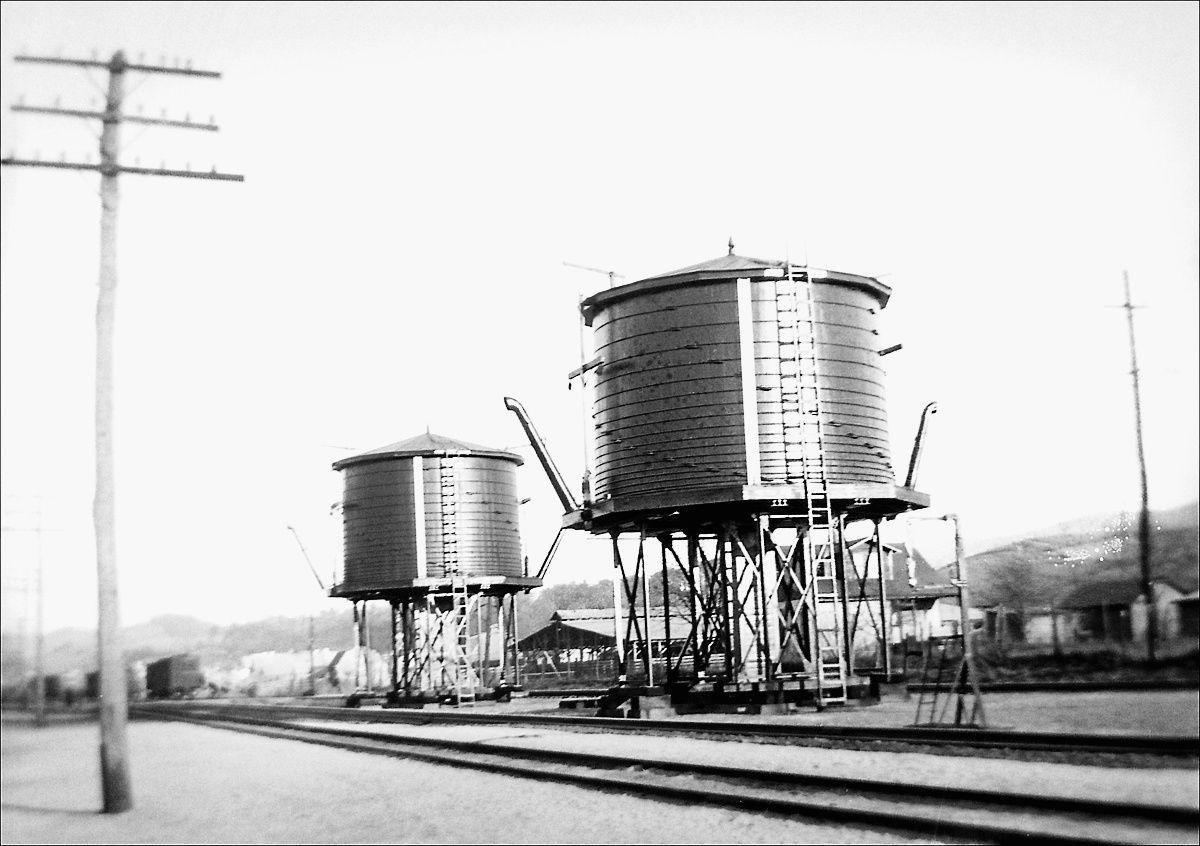 The two water tanks that sat in Atkins. 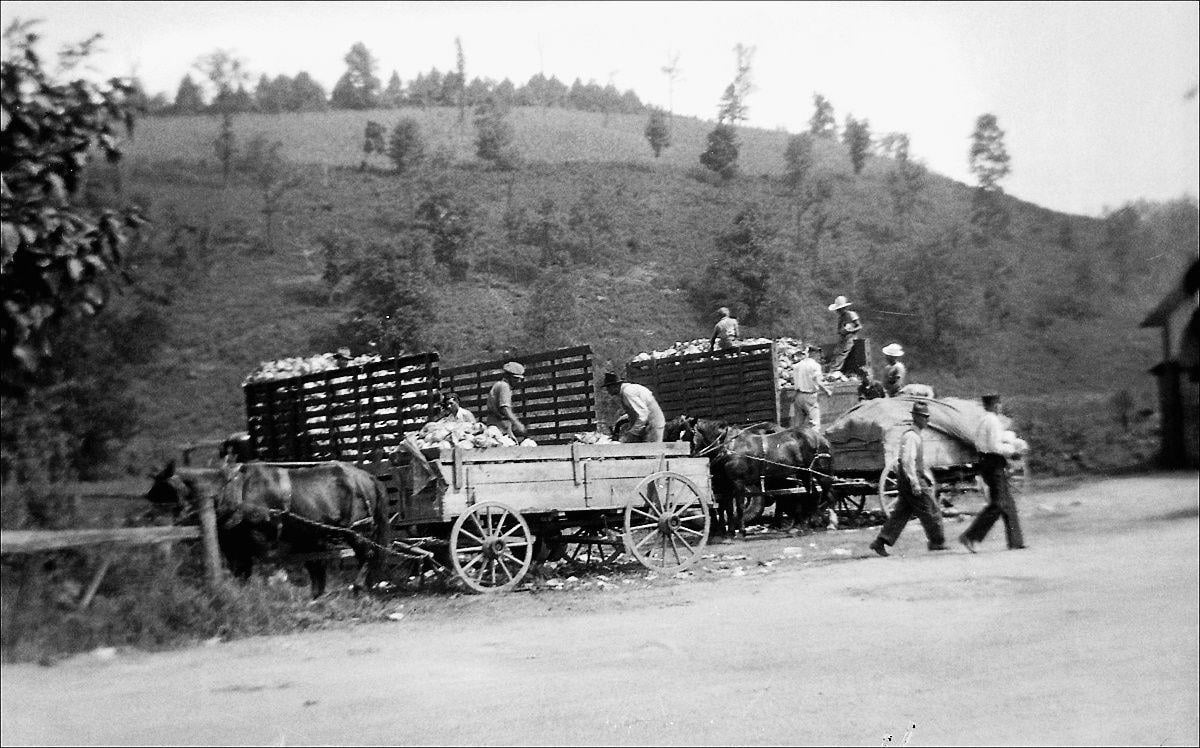 These wagons were carrying cabbage in Atkins. The community was part of the “cabbage belt.”

The two water tanks that sat in Atkins.

These wagons were carrying cabbage in Atkins. The community was part of the “cabbage belt.”

Goodridge Wilson, another early Smyth County historian, presented a brief history of Atkins in his book, “Smyth County History and Traditions.” “Atkins is a town extending for quite a distance along the Lee Highway, and Norfolk and Western Railroad from an old stone house on the west to the old Thompson Atkins place on the east. That old stone house was built in the 18th century by Frederick Cullop and is probably the oldest house standing in the county. Tradition says that he committed suicide and his spirit haunted the old stone house for years. This house was the center of one of the earliest settlements and was for a long time a stagecoach tavern.”

According to Clara Hill Carner, it is not definitely known at what point the settlement became known as “Atkins.” The name comes from the Atkins family, whose members played a key role in early Smyth County government and business.

In 1832, upon Smyth County’s formation, Thompson Atkins was appointed to “help start the wheels of county government spinning.” At one time, he served as sheriff of Smyth County.

He lived about a mile from the Atkins railroad station. The home was on the south side of Lee Highway, “not far from Cedar Bluff Baptist Church.” He owned a considerable amount of land in the area.

“One feature of his varied home industries was a log overshot water wheel grist mill. Water for a dam to produce power for operating this mill was brought down a hollow, south of his home, from a large spring located on his land.

“When the first railroad, a wide gauge track, was built through this part of Virginia in 1856, it passed on the north, alongside his home and mill. The company constructed a water tank near the mill, so it could have access to the water.

“As these early trains were wood burners, farmers sold cord wood to the railroad company. Cords and cords of wood were hauled and stacked along the track for quite a distance near the water tank to be used by the trains. This immediate spot became a busy place and was designated as ‘Atkins Tank.’

“Two familiar items seen on freight trains in those days were cord wood and car loads of sand, which was used to sand the track on steep and slippery grades.

“During the active winter months, the mill would freeze up with long icicles on the wheel. No grinding could be done during arctic weather like that. As this mill served a large community, much grinding would accumulate during the zero weather.

“If the frigid weather prevailed, meal in the bins at many mountain homes would get low. Oftentimes, when the temperature began to rise on a Sunday, the miller, breaking the ice, was kept busy all day getting caught up to replenish the depleted bins.

“In 1881, the railroad which had merged with others in 1870 to form the Atlantic, Mississippi and Ohio railroad became the Norfolk and Western. It was soon after their acquisition of this wide gauge road that the owners changed to the standard gauge.

“Two water tanks were built many years ago. Water was brought by gravitation from a spring south of the station in chestnut and pine pump logs. These logs were bored by Miles Blackard.

“Besides being a watering place for trains, Atkins Tank was also a coaling station. East of the water tanks, a coal wharf or tipple was operated for years, but was abandoned about 1910.

“The first agent was Charles Atkins. A box car served as passenger, freight and telegraph station.

“For years, Atkins Tank was a trading and railroad center for a large area. As the town grew and prospered, the word ‘tank’ was dropped from its name by civic-minded persons.

“At two different dates, Atkins was the scene of two bustling lumber operations. For about six years from 1904, the Glade Mountain Lumber Company was established with a spur track extending south about six miles up Nick’s Creek. This company became insolvent. The Atkins Lumber Company bought the band mill and built a track up Bear Creek. Both companies dealt in lumber, ties and mine props.

“Between the years 1917 and 1922, the Norfolk and Western operated an electric power plant here to furnish power for its signals. It was discontinued, as power could be purchased cheaper from the Appalachian Power Company.”

Atkins was situated in the “cabbage belt,” shipping vast amounts of cabbage and rutabagas each year. Trucks, wagons and carloads of the produce were a common sight many years ago.

Although, the old Thompson Atkins log mill disappeared many years ago, the railroad tracks still carry trains through the community of Atkins, which is now home to factories, churches, a school and various businesses.

If you have stories or photographs about the history of Atkins that you would like to share, I may be contacted at mwlinford@yahoo.com.