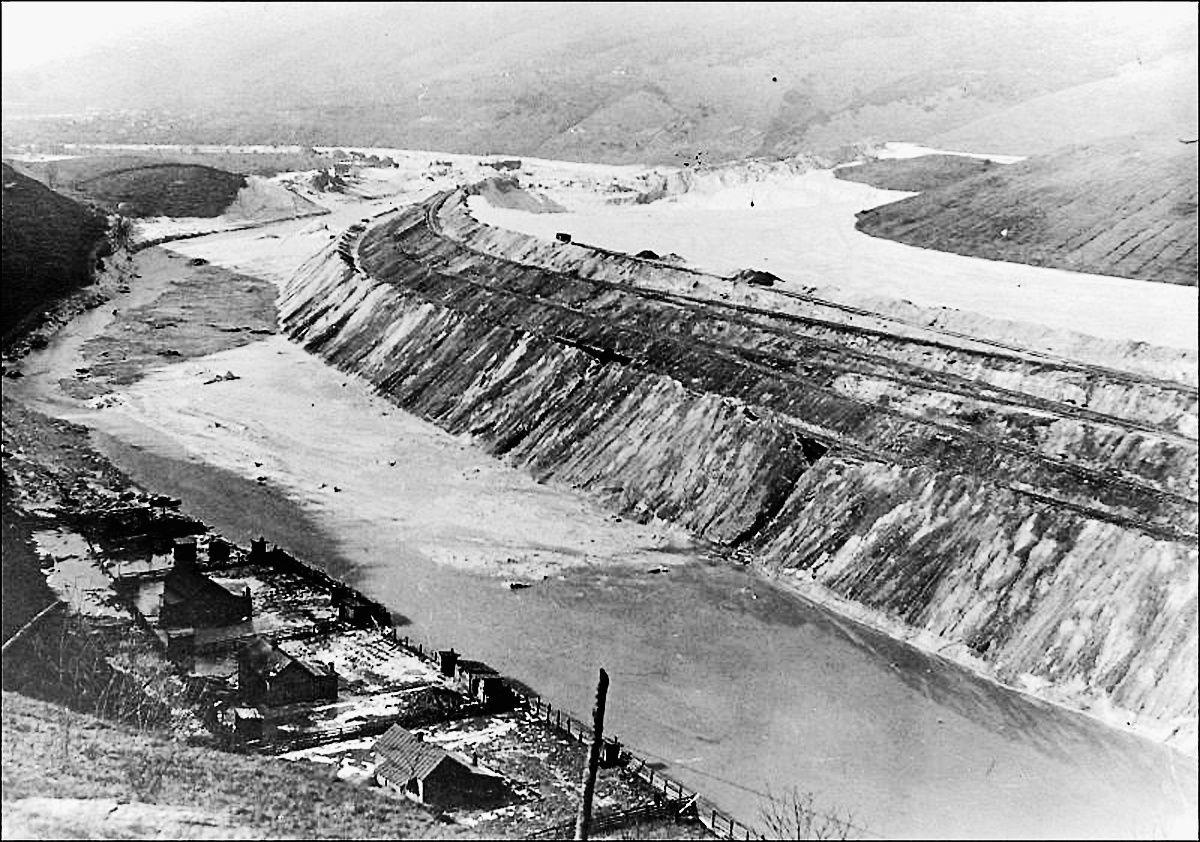 The muck dam after the break on Christmas Eve 1924. 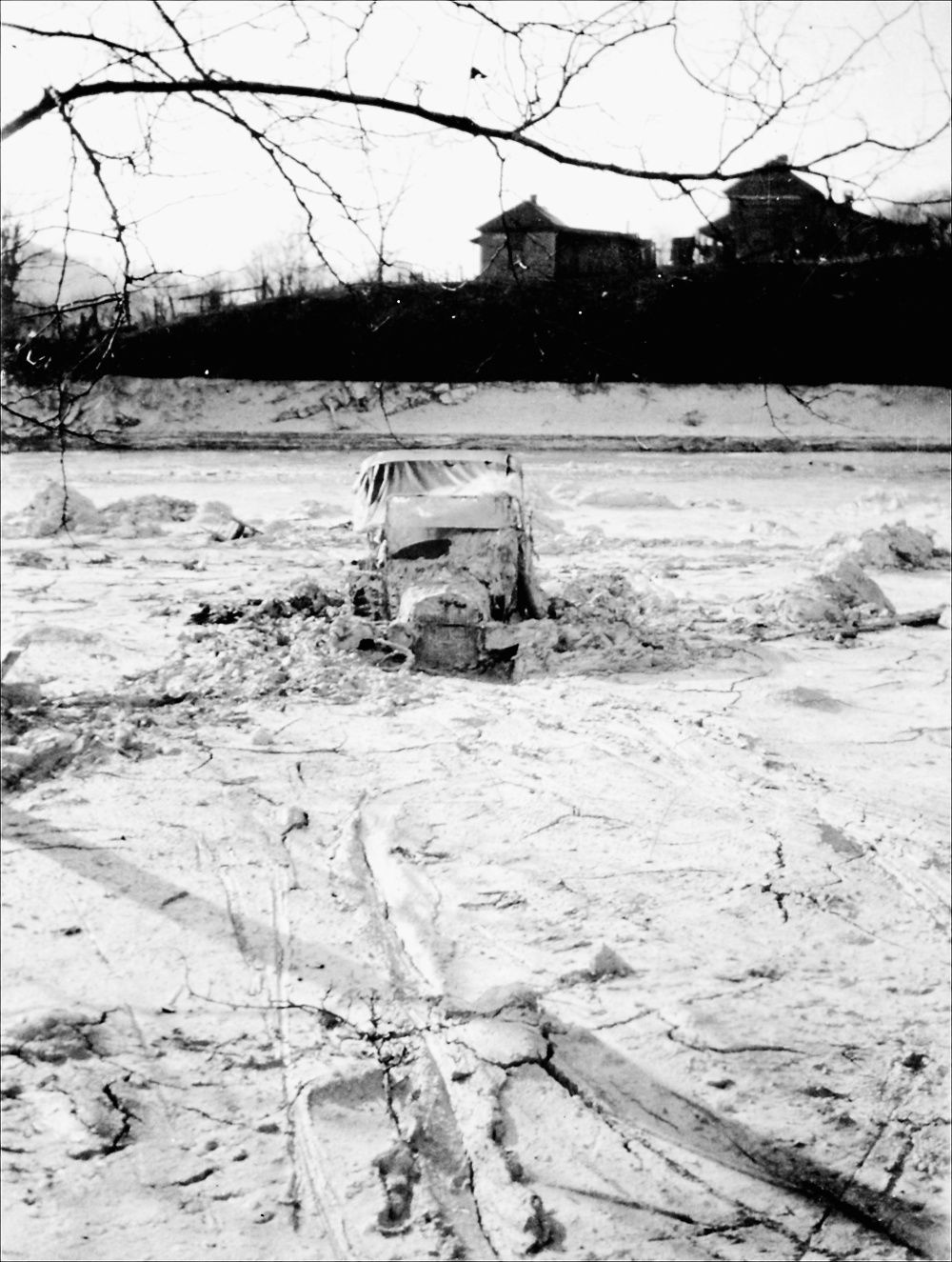 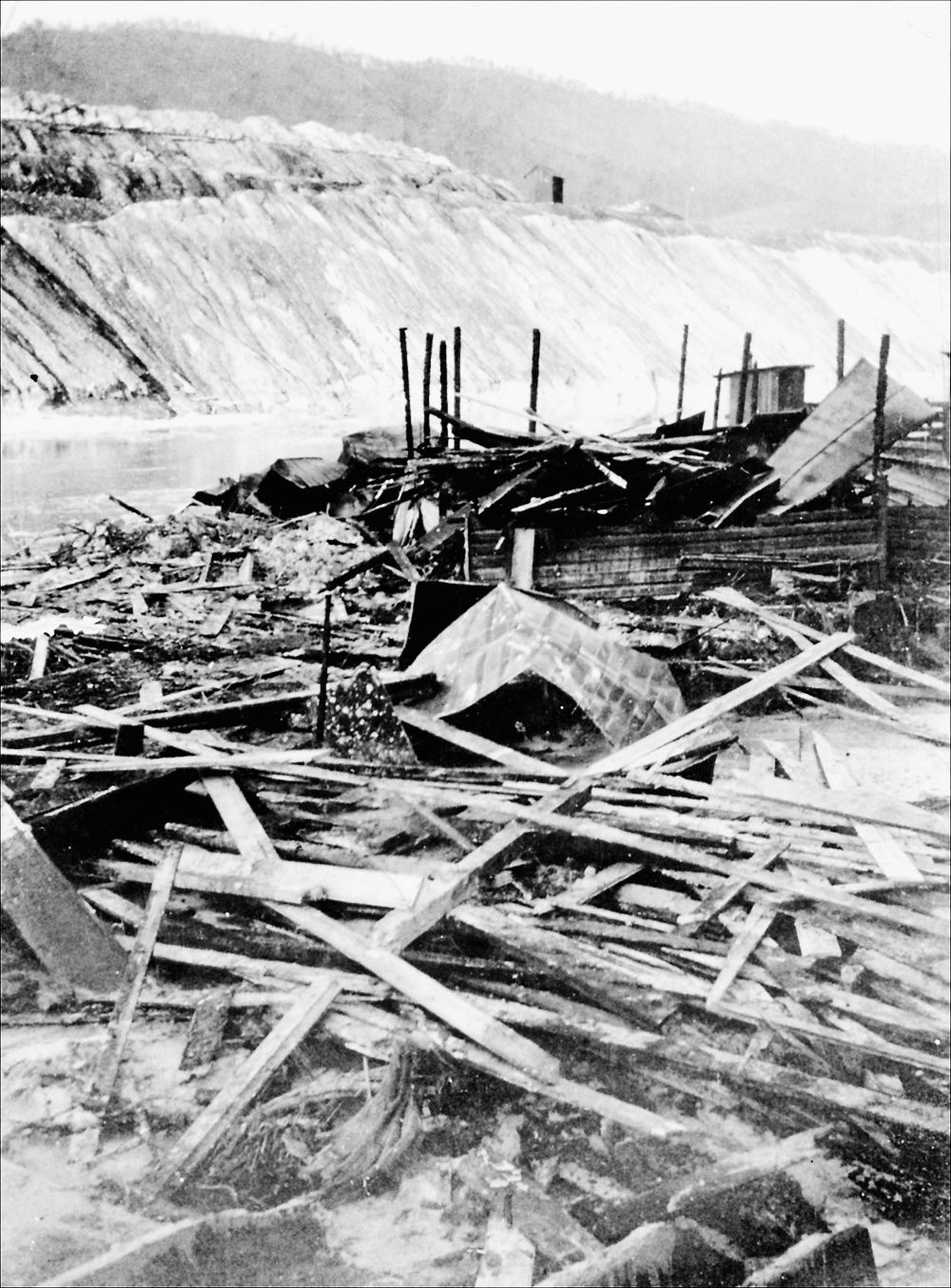 These are some of the men who volunteered to wade into the muck and look for survivors.

The muck dam after the break on Christmas Eve 1924.

These are some of the men who volunteered to wade into the muck and look for survivors.

This Christmas Eve marks the 95th anniversary of the night the Muck Dam broke in Saltville. This tragedy is often referred to as the “Great Saltville Disaster.” Each year, as Christmas approaches, I reflect on the events of that night. I grew up hearing tales of the horror of the Muck Dam break from my Grandma Overbay, who lived in Saltville as a little girl and recounted stories she heard from those who had been eyewitnesses to the destruction.

An article published in the Roanoke Times on Dec. 24, 1981, describes it in these words: “It was a white Christmas, but the white was muck, not snow, and it brought death and chaos instead of holiday cheer. It was Christmas Eve 1924 when the muck dam in Saltville burst. It covered the little village of Palmertown with a thick white caustic liquid, killing 19 people and demolishing many homes. It was a night of hysteria and heroics, followed by a day when Christmas was lost in disaster.”

Carl V. Eskridge wrote about the bravery he witnessed that night. “It takes nerve to wade into the jaws of a threatening death and that’s just what the men possessed who waded into the icy cold water and treacherous muck that night.”

A reporter for the Roanoke Times interviewed Edith Clear Wright, who was 14-years-old at the time of the disaster. “The family heard a noise they thought was the Mathieson delivery truck one brother was working on. But, the noise got louder, so the father opened the door to look out.

“Water rushed in and knocked him back through the hall. Water came in. He was trying to hold the door shut. We were trying to get out the back door. My little brother was upstairs in bed. Water was coming in the back, too.

“Water broke through at the top of the window and the sewing machine was floating around. A lamp went floating by. Mother got us all and put her arms around us. Then, a big hole opened up in the floor—the water must have pushed it out. The next thing I knew, we were all out in the water and things were hitting us on the head. I went out in it just like a log, and I was rolling over and over. I thought the end of time had come.’

“Behind the water in the pitch blackness came the wall of muck that had pushed the muddy water out of the river, and the Clears were all separated in the chaos. ‘I could hear my father hollering,’ Mrs. Wright said.

“The muck was thick enough to hold her up at first, but it was also in her eyes. ‘I was just covered up with it.’

“In the 28-degree weather of Christmas Eve, Edith Clear was freezing. A piece of barbed wire caught around her leg. Her father managed to get out, and then there were people throwing ropes to her. By this time, the muck was up to her neck.

“When they got her out, they put an old raincoat around her. Her brother was across the river and had to swim out. As soon as he got close enough for someone to reach a stick out to him, he passed out and had to be pulled in.

“Her mother could not swim, but was so far out, no one at first would attempt to get her. A rope was finally tied around the tallest man there and he went in, talking to Mrs. Clear to calm her, so she wouldn’t pull him under. He got her out.

“The youngest brother, Emory, who had been asleep upstairs, had died of a broken neck and would not be found for several days.

“She slept through Christmas, awaking 72 hours later. She remembered being awakened at various times to be given something to drink and to have Vaseline stuck in her mouth, in case she had swallowed muck. Other than a doll brought to her by a DeBusk boy, Christmas was lost that year for Edith Clear.

In addition to newspaper articles and interviews conducted with survivors, there is a considerable amount of information about the Muck Dam disaster in the Smyth County court order books. Mathieson Alkali Works was ordered to pay families of the victims compensation for the loss of their loved ones. These petitions were filed separately and recorded in early 1925.

Two of the victims of the disaster were Hiawatha (Hi) Prater and James Prater Jr. The court record reads, as follows: “This the 5th day of January, 1925, came Thomas Prater in person, Administrator of Hiawatha Prater and James Prater, Jr., both deceased, and filed his petition in open court setting forth that the two above named decedents had both died intestate [without a will] on December 24, 1924, as the result of the breaking of a muck dam at Saltville, Virginia, in Smyth County, belonging to the Mathieson Alkali Works, a corporation, the said Hiawatha Prater leaving as his heirs and distributes, the following, to-wit: (1) His father and mother, Thomas Prater and Alice Prater; (2) His two brothers and one sister, to-wit: Clarence Prater, an adult and Juanita Prater and Robert Prater, both of whom are infants under 14 years of age, and children of Thomas Prater and Alice Prater, his wife, and that the said James Prater, Jr., left as his only heirs and distributes his paternal grandfather, Thomas Prater, and his maternal grandfather, A.N. Jackson; and stating that said petitioner, as Administrator of Hiawatha Prater, deceased, had compromised with said Mathieson Alkali Works all claims arising from the death of the said Hiawatha Prater, and stating the reasons for said compromise, the terms of said compromise agreement being the payment by the said Mathieson Alkali Works to the said Thomas Prater, Administrator of Hiawatha Prater as aforesaid, of the sum of $1,500, in full settlement of the above mentioned claims and praying that the said compromise be approved.”

Almost 100 years after the tragedy, stories continue to be discovered and shared. If you have a story you would like to share about the Great Saltville Disaster, I may be contacted at mwlinford@yahoo.com.