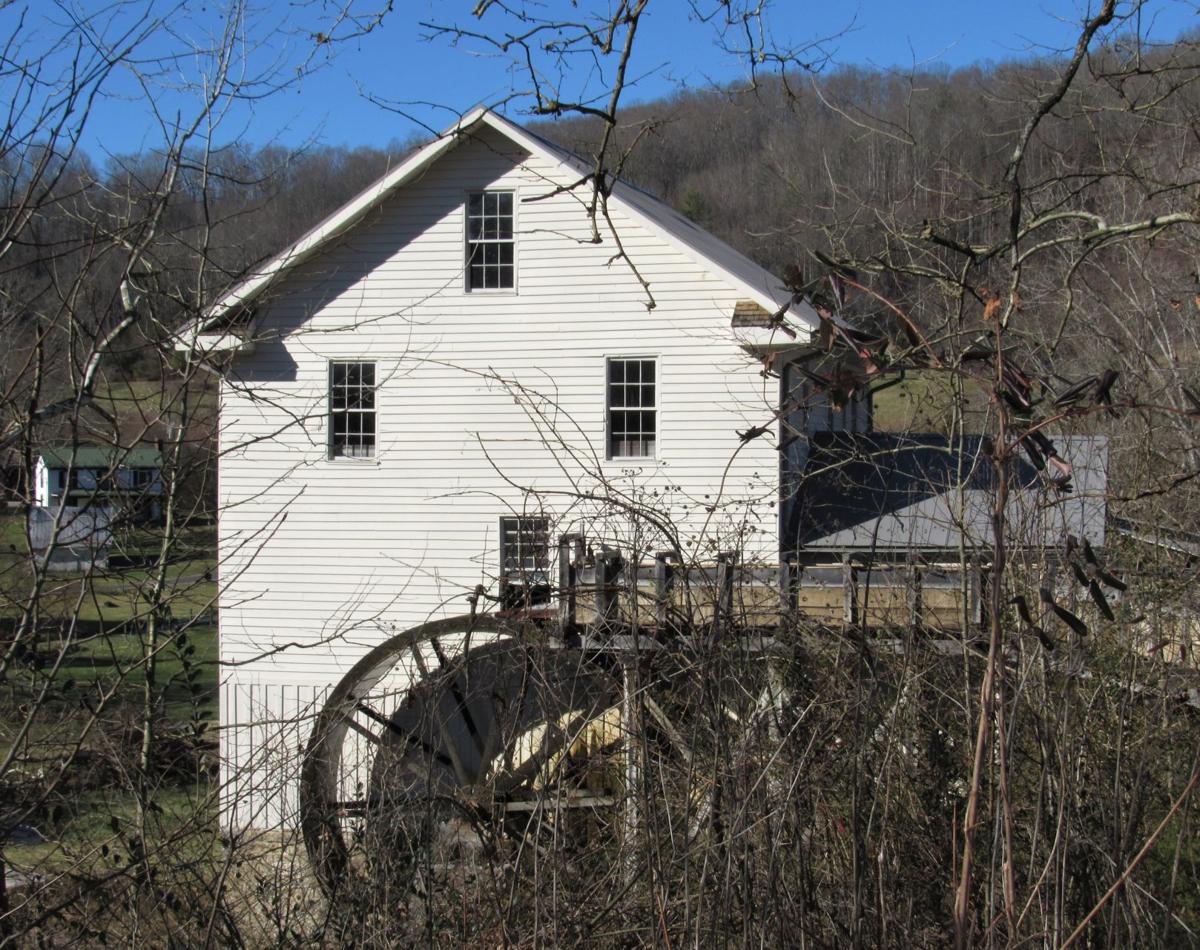 An aging White’s Mill required structural renovations to the building. One of the first tasks was to replace the weathered boards with new poplar siding that was painted white. 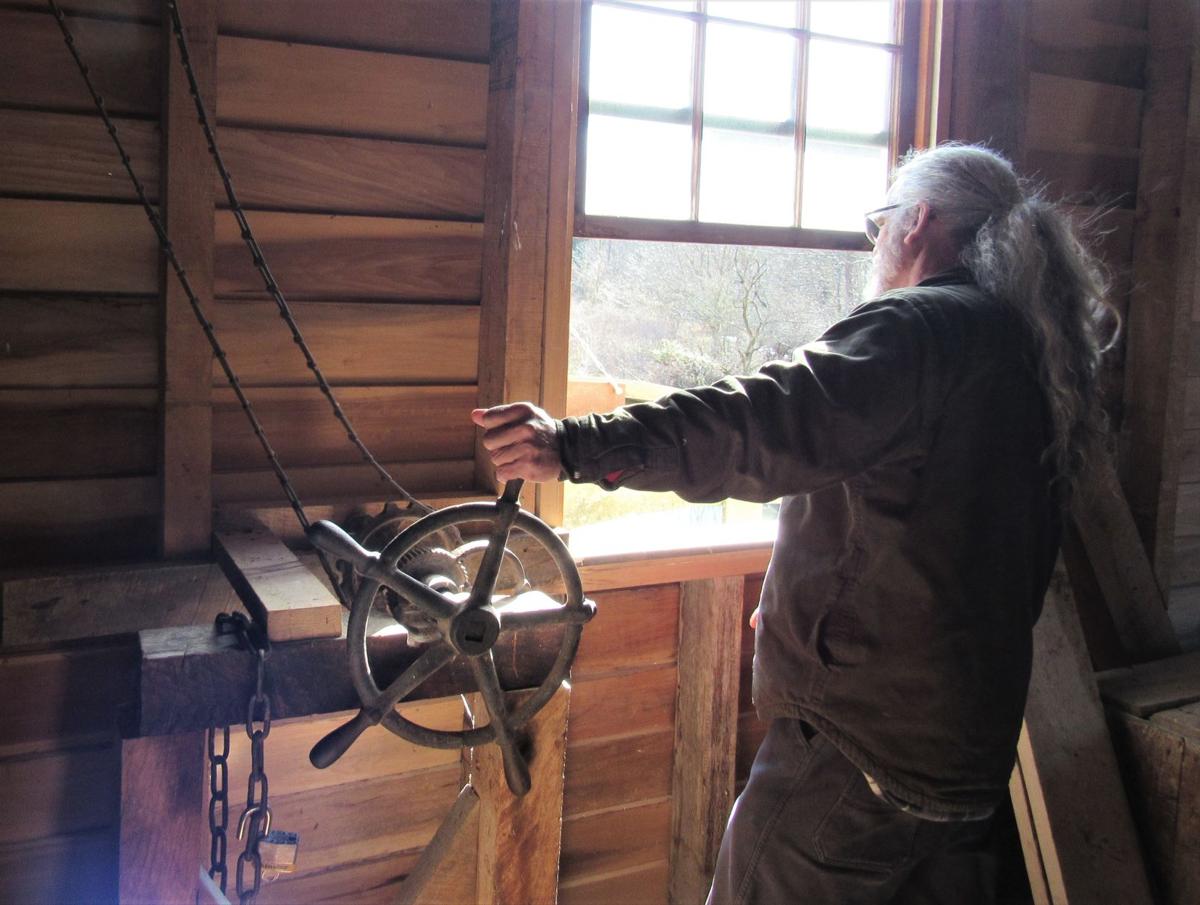 Doug Beatty turns the head gate control to start the water wheel at White’s Mill in Abingdon. The White’s Mill Foundation has spent the last 20 years restoring the 18th century Abingdon landmark to a working grist mill that will grind cornmeal and grits. 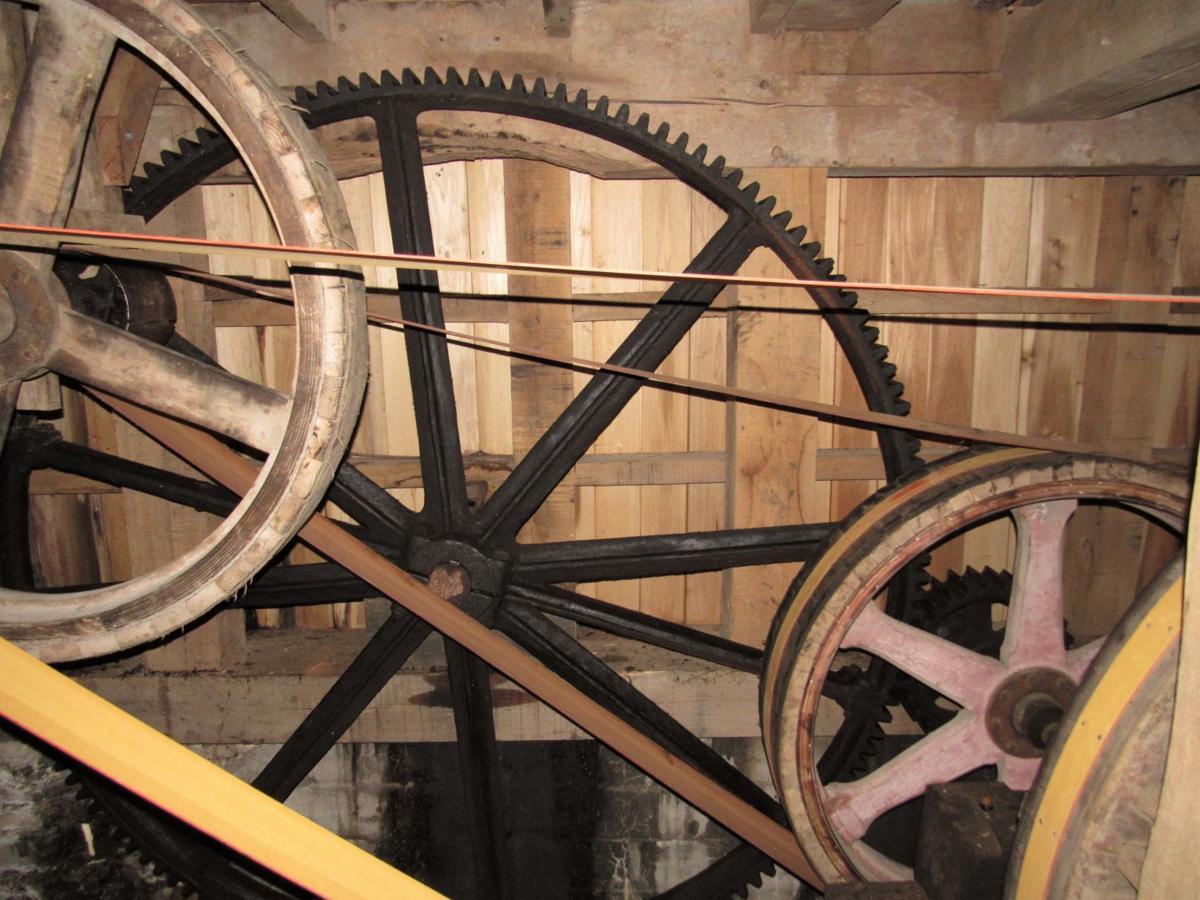 Recently restored gearing will enable White’s Mill to be up and running by spring.

An aging White’s Mill required structural renovations to the building. One of the first tasks was to replace the weathered boards with new poplar siding that was painted white.

Doug Beatty turns the head gate control to start the water wheel at White’s Mill in Abingdon. The White’s Mill Foundation has spent the last 20 years restoring the 18th century Abingdon landmark to a working grist mill that will grind cornmeal and grits.

Recently restored gearing will enable White’s Mill to be up and running by spring.

ABINGDON, Va. — After 20 years of volunteer restoration efforts, White’s Mill Foundation is putting the pieces in place that will help a historic Abingdon landmark once again operate as a working water-powered grist mill.

The exciting news, said foundation members Jennifer Kling and Doug Beatty, is the centuries-old mill that once served as a post office and polling place is also being transformed into a living history museum, recreating historical settings for tourists and members of the community.

In addition to structural upgrades to the building, most recently, the mill’s gearing has been restored and the wooden flume rebuilt after years of neglect. The mill used water power until 1989, after which it succumbed to the ravages of time and the elements.

According to both Beatty and Kling, the original mill could be up and grinding corn and grits as early as spring — more than 30 years since a farming community last heard the thunderous roar of gears meshing together on the banks of Toole Creek.

The refurnished grist mill will grind corn once hooked to the gears. “The millwright has to do some fine-tuning before that can happen,” said Kling.

In the meantime, the mill has continued to supply local restaurants with freshly ground cornmeal. A small 1915 New Williams mill — which runs on electricity for now — makes cornmeal, grits and corn flour, a natural product that contains the germ of the grain. Only the chaff has been taken off, she said.

The plan is to make the working mill a community hub, attracting members of the community just as it did in the day when people gathered at the late 18th century mill for the news or fellowship.

The foundation will showcase the refurbished mill — only a few miles from town — with a grand opening this summer, inviting the public to learn about alternative energy and historic grinding practices.

According to Kling, water power is one of the cleanest forms of energy. “Water power does not pollute the environment. The water from the creek turns the wheel and goes straight back to where it came from.”

She explained the water mill uses the flow of water from the creek to turn the waterwheel. A shaft connected to the wheel axle is then utilized to transmit the power from the water through a collection of gears and cogs that work machinery, such as a millstone to grind corn.

A modified sifter has been added to the equipment in order to produce freshly made grits.

“Grits [were] not ground here originally — they just did cornmeal. But, we thought it would be nice to make grits since they have come into vogue lately,” said Kling with a smile.

“We’re also getting rustic White’s Mill signs made that will hang on the side of the building.”

“You’re literally standing inside a working machine,” said Beatty, as he forcefully turned the head gate control. Water soon cascaded over the outside waterwheel.

“I’ll tell you straight up. I’ve done a lot of things in my life. I’m a Marine, and I’ve put on concerts in Mexico, but this is the most exhilarating thing I’ve ever done. I’m not kidding you. Once you start this thing, it’s terrifying for just a second because of the sheer power,” Beatty said.

“It looks so cool with all the gears turning. We can eventually turn everything off that one main gear. It’s pretty amazing.”

Foundation board members recognized the value of preserving the mill as an educational tool for generations to come. White’s Mill is on the Register of Historic Places — both nationally and in Virginia.

“But the building was getting old. We had to locate timberwrights — specialized craftsmen — to work on the mill. Some pieces are original; others are brand-new,” said Beatty.

The first stage of renovations called for stabilizing the aging building.

“One of the issues we dealt with when we started the project was that everyone liked the way the mill looked — the gray, curling weathered boards. But the building was falling down. There was a lot of rot on the waterwheel side of the building. We had to shore that up and rebuild it.”

The exterior was replaced with poplar siding and painted white.

“With the white paint, it almost glows when the light is cast on it. It’s really quite striking,” said Kling.

“The mill is 99% done,” said Beatty. “Now, we’re deciding which pieces of equipment to hook to the power train.

In an effort to preserve the relic, the foundation purchased the mill and surrounding property in 2001 and engaged in the large restoration project, three of the four phases of restoration have been completed in the past seven years as money from grants, fundraising events and private donations became available.

Plans are underway to add a micro hydro unit, a type of hydroelectric power that produces electricity using the natural flow of water. The unit will generate electricity for the operation of the mill and aerate a fishing pond that will be stocked for community use. The mill operated trout ponds for a number of years.

Eventually, the foundation will restore a house across the road from the mill that belonged to the Miller family, who owned the mill since 1922. “Ultimately, we’d like to have someone live in the house who can operate the mill,” said Kling.

They also plan to build a barn on the mill property to use as a venue for classes, events, conferences and music events.

“We hope to showcase Appalachian trades and crafts by featuring a working blacksmith, potters, weavers and other traditional artists,” Beatty said.

The foundation is partnering with community agencies to establish the mill as a research, educational and community center. The primary partner has been Virginia Highlands Community College, which has used the mill as a tool for hands-on learning.

“For example, the students may use their skills to create a heritage garden, which will honor the natural heritage of this area.”

“I’m not from around here, so I understand the value of this project. Some people who live around here may take it for granted,” said Kling.

“In other places, a project this size would typically have employed a project manager and executive director, but all of this work is getting done by a handful of volunteers.