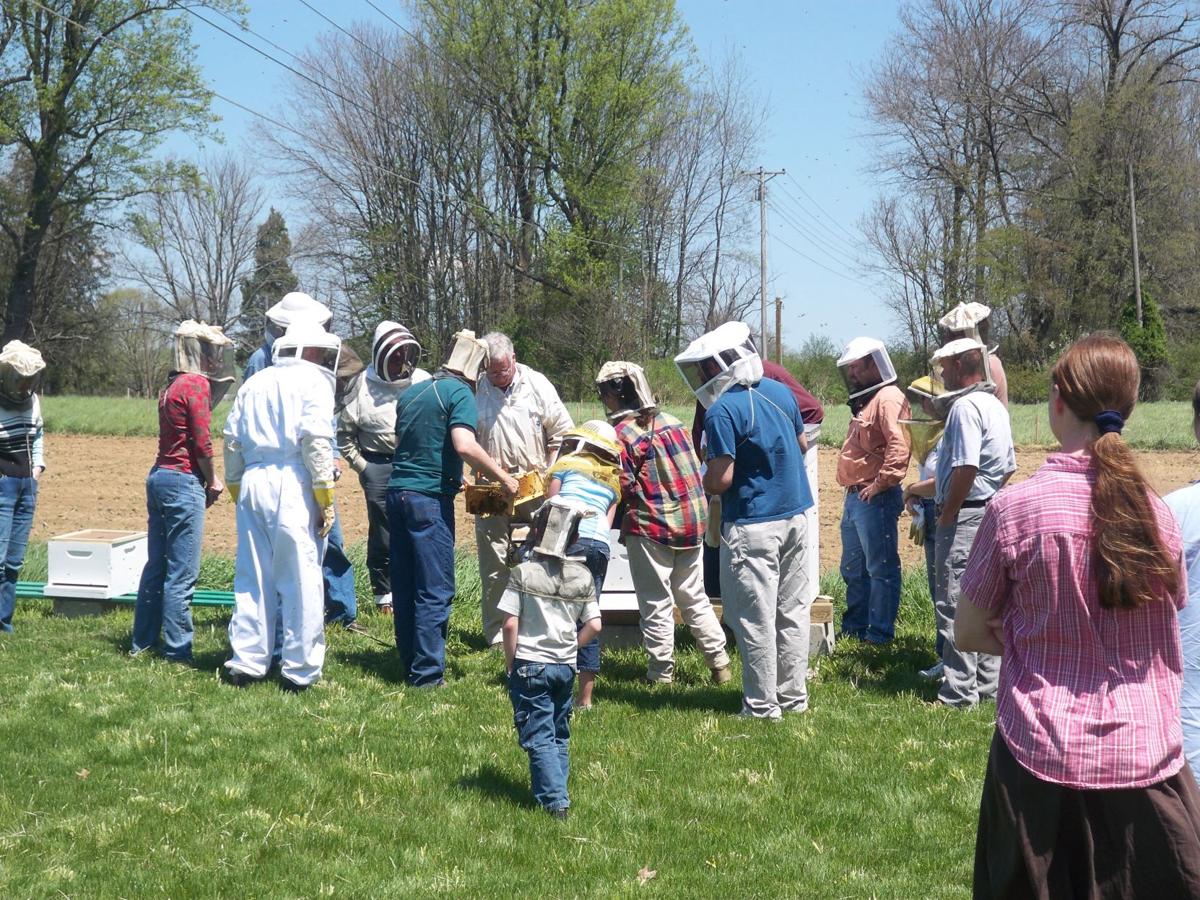 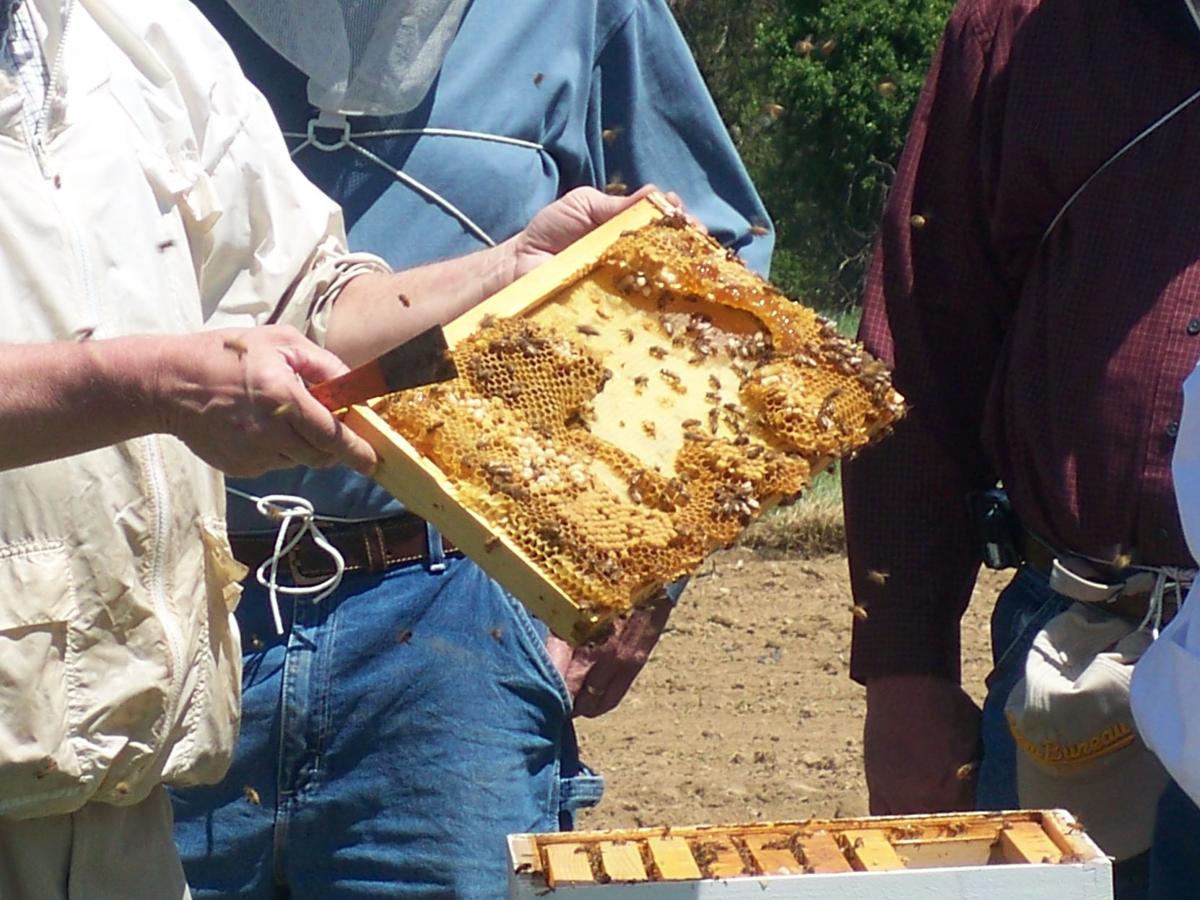 Dr. Rick Fell points out potential problems with using plastic foundations for beehives. Participants will learn beekeeping skills during a beginner beekeeping class from 9 a.m. to 3:30 p.m. on Saturday, Jan. 25, in the Executive Auditorium of the Southwest Virginia Higher Education Center in Abingdon.

Dr. Rick Fell points out potential problems with using plastic foundations for beehives. Participants will learn beekeeping skills during a beginner beekeeping class from 9 a.m. to 3:30 p.m. on Saturday, Jan. 25, in the Executive Auditorium of the Southwest Virginia Higher Education Center in Abingdon.

ABINGDON, Va. — It’s a hobby that many people enjoy, but beekeeping actually may be more important than you think.

Beekeeping is on the rise throughout the country and locally — whether people want to help protect the bee population, save the Earth or just enjoy the benefits of homegrown honey.

According to Washington County Extension Agent Phil Blevins, more people in the region are becoming beekeepers as a result of the efforts of Virginia Cooperative Extension and the Highlands Beekeepers Association, a group of citizens interested in the promotion of honeybees and beekeeping. The association, which includes members from throughout the region, was formed in 2009.

Virginia Cooperative Extension and the association are hosting a class for beginner beekeepers from 9 a.m. to 3:30 p.m. on Saturday, Jan. 25, in the Executive Auditorium of the Southwest Virginia Higher Education Center in Abingdon. Topics covered in the class include honeybee biology, equipment needed, where and how to get bees, locating the apiary, hands-on equipment construction, seasonal management, integrated pest management, harvesting honey and nectar sources.

“I wouldn’t be surprised if there were 150 to 200 beekeepers in the area now, but I can’t verify that,” said Blevins, who is a longtime beekeeper and an adviser for Highlands Beekeepers Association.

Dan and Heather Huard of Glade Spring had little knowledge of beekeeping when they enrolled in the beginner class in 2017.

“Dan’s dad kept bees when he was a child, but I knew nothing about them,” said the wife.

Since then, the class has provided the couple with the skills to care for a colony of bees at The Virginian Golf Club where they both work as caregivers of the club’s kitchen garden.

The beginner class not only prepared them for starting a bee colony but allowed them to network with other beekeepers. “I never felt intimidated by asking questions in class,” she said.

The Huards joined the Highlands Beekeepers Association, giving them another resource for learning about their new hobby. They plan to start a bee colony at their own home this spring.

“It’s a fascinating hobby,” she said. “Those little bees are just amazing. I’ve read some facts and figures that say a honeybee makes a 12th of a teaspoon of honey in its lifetime, and they have to visit millions of flowers to produce that much honey. They know what they need to do, and they do it. They are fascinating creatures.”

Busy as a bee

Bees are important in the role of nature and especially in the pollination of farm and horticulture crops and home gardens.

“Based on research, bees are responsible for pollination efforts that help supply one-third of the food we eat,” Blevins said.

“Some crops are entirely dependent on honeybees or pollination, such as almonds, and apples are about 80% dependent. Seed crops, such as alfalfa, are pollinated by honeybees.

“On a noncommercial level,” he added, “honeybees are important for our gardens. Misshaped or small fruit generally is a sign of poor pollination. The more visits a honeybee makes to a bloom, the better the fruit on vine crops, such as cantaloupes.”

Research indicates bee populations are being affected by parasites, climate and other changes around the globe, sparking fears that bees may be in trouble.

“I wouldn’t say bees are in danger of extinction,” said Blevins, “but the varroa mite, an external parasitic mite that attacks and feeds on the honeybees, continues to be the largest threat to bees.

“When the parasite was first found in the country, wild bee colonies in Virginia went practically to zero,” said the extension agent, who believes there has been an increase in wild bee populations since then.

“The University of Illinois has determined that a lot of losses of domesticated bees in the winter are due to poor management rather than environmental factors.”

Management of beehives is critical to producing a healthy colony of bees.

First off, participants in the class will learn about the biology of bees, one of the few insects that has a social structure.

“Honeybees communicate the location of food sources by dances. The waggle dance communicates direction and distance to other bees in the colony. And it’s extremely accurate, too,” said Blevins.

“They also communicate the locations of new nesting sites while dancing.”

During the class, Tater Miller and Jerome Blankenship, local beekeepers, will demonstrate how to assemble a beehive.

“They’ll learn how to catch a swarm if they’re lucky enough to find one or transfer a nucleus into the hive.” Nucleus colonies are small honeybee colonies created from larger colonies.

Students will learn about basic management skills during each season, particularly during nectar flow, the time of year when the native vegetation is in full bloom.

“A good colony should produce 100 to 120 pounds of honey each year,” said Blevins.

Working with bees can be a stress reliever for some people who are confident working with bees and not fearful of the insects. He recommends beekeepers wear bee suits for added protection and security.

Students are encouraged to preregister for the class by visiting http://www.highlandsbeekeepers.com/registration-for-beginning-beekeepers-class.html.

The class fee is $35, which includes a take-home instructional notebook.