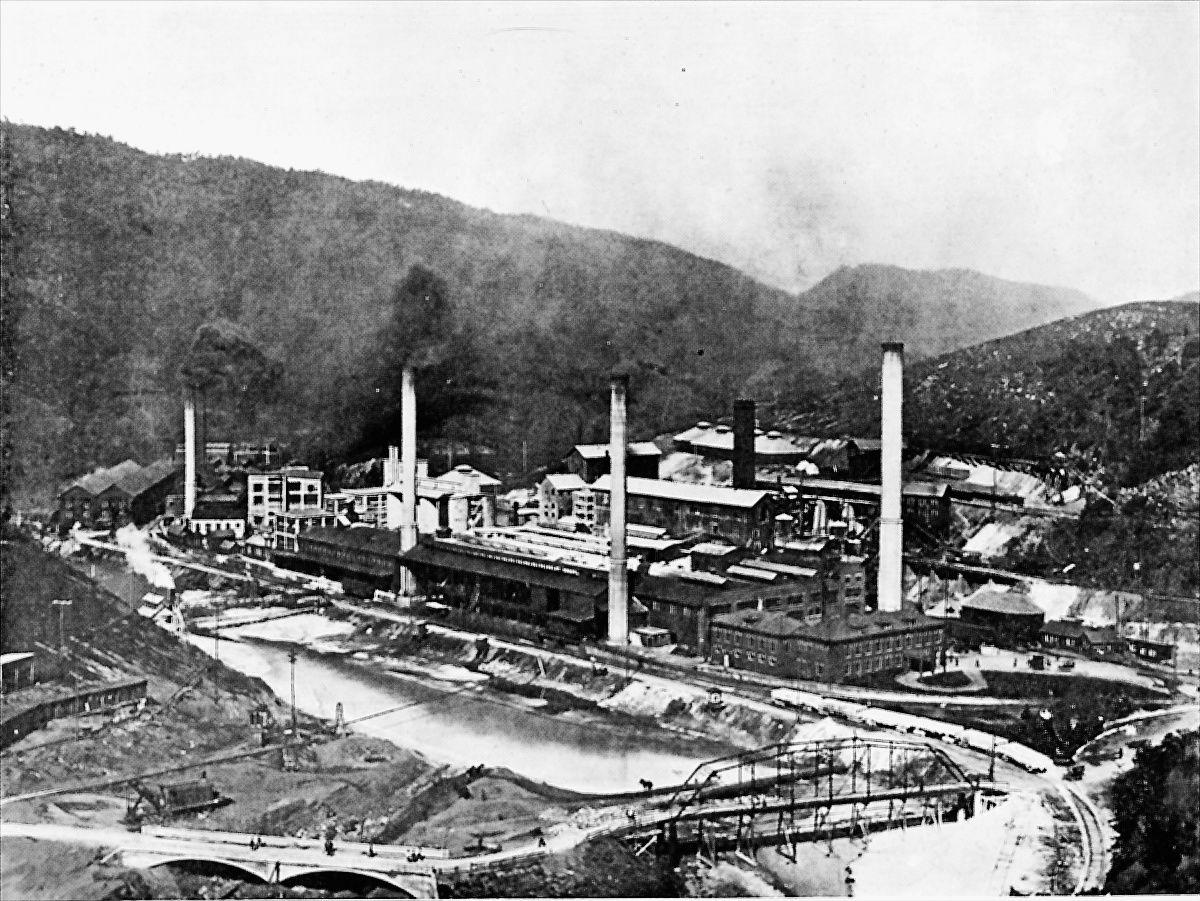 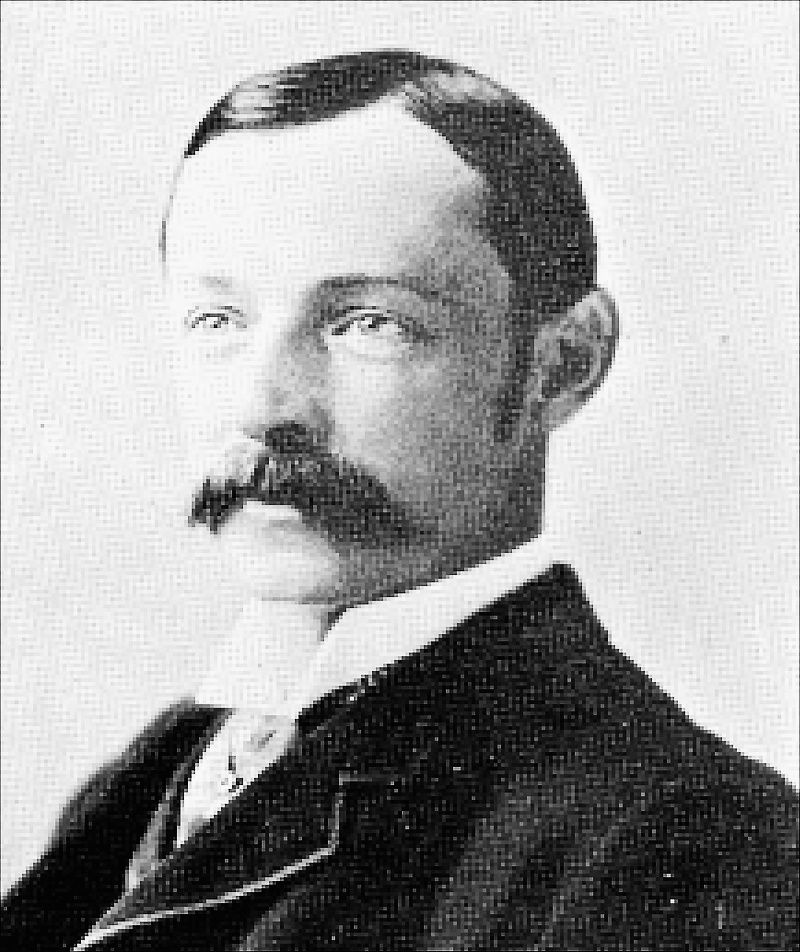 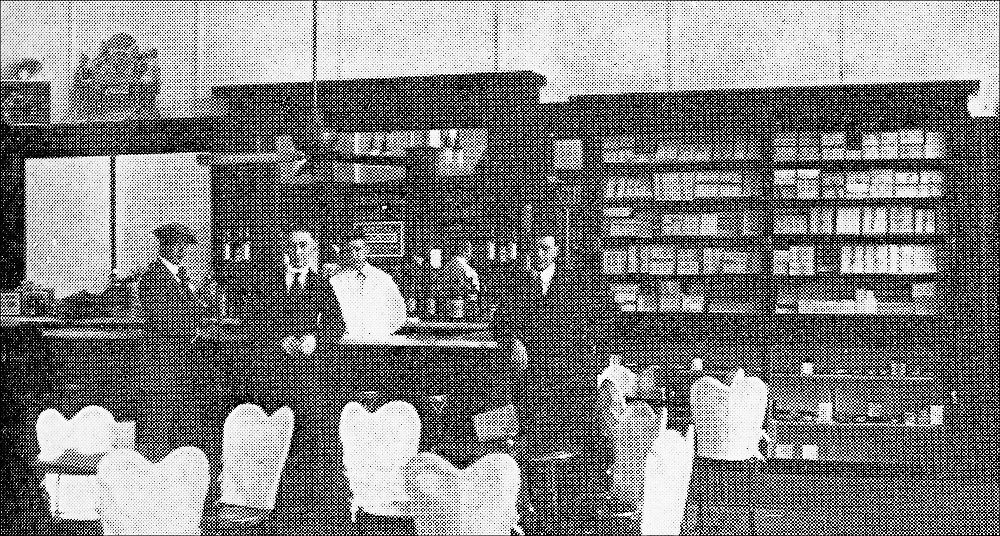 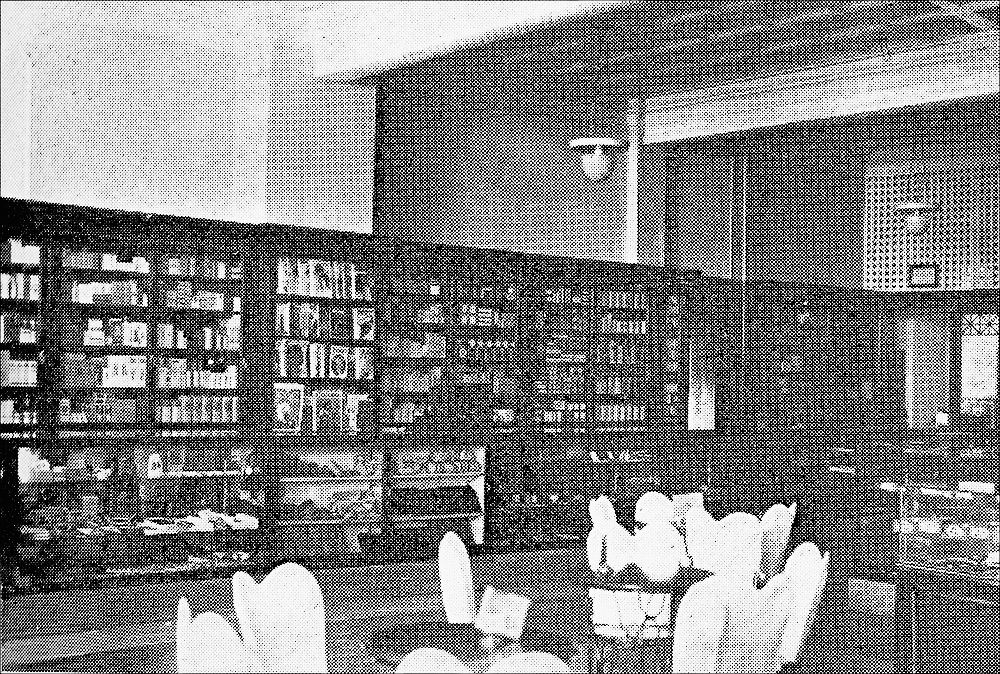 “As the population increased, the property was bought and sold by people who operated the industry in manufacturing salt. Such a locality rich in natural resources as was Saltville was sure to be discovered sooner or later by some manufacturers.

“Then George W. Palmer and William A. Stuart, having acquired the Preston Estate from Robert Gibboney, trustee, in 1863, and a little later the King property, formed in 1864 the Holston Salt and Plaster Corporation. In 1893, they sold the property to Mathieson Alkali Works.

“A group of American businessmen had imported soda ash and bleaching powder from the Neil Mathieson Company in England for several years. They decided to invest their money in a company and negotiate with the Mathiesons. Neil Mathieson consented to undertake the construction of this plant and to install methods of processes. About that time, Mathieson sold his plant to an English concern, but not the Mathieson name and trademark. The name and trademark, ‘Eagle Thistle,’ were sold to the new American company.

“Thomas Mathieson was designated by his father, Neil Mathieson, to supervise the building of the plant, and he came from Widness, England, to this country on January 12, 1893. He brought with him fifty technical men and experienced workmen to begin building and remained in Saltville until the first bicarbonate of soda was produced on July 4, 1895.

“Since the first Mathieson plant in this country was built at Saltville, many of the ‘firsts’ in its output were introduced here. The Castner electrolytic cell was acquired in 1894 and the men who operated the first plant of this type in Niagara Falls and made the first commercial bleaching powder in the United States were trained at Saltville.

“Later, fused ash and alkalies in briquet form were made. In 1952, the second new electrolytic chlorine and caustic soda plant started full production. Then, the largest dry ice plant of its type in the world was built in 1931. Most of the ice was used as a refrigerant for manufacturers of ice cream and frozen foods and by shippers of meat, poultry and vegetables.

“Early in 1954, Mathieson started in service the first of a series of insulated railroad cars, of 54-ton capacity, for the shipment of dry ice to all parts of the country. On the car was marked the return address of Saltville.

“Strangely enough, the housekeepers in Saltville, when in need of table salt, had to buy from the market salt imported from other states.

One of the busiest locations in Saltville was the Mathieson Alkali Works General Store. In 1922, the store manager was Arthur B. Davenport, who was born in Austin, Texas. He was noted to be a hard worker, with “unusual ability and efficiency.”

A 1922 report boasted that the store was “one of the most modern retail mercantile establishments in this section of Virginia” and that plans were being completed to “further equip it in a way that will give Saltville shoppers all the advantages of a fine city department store.” Some of these changes included a “complete reorganization, offering separate departments for shoes, groceries, dry goods, drugs, ladies’ ready-to-wear, gent’s ready-to-wear, furniture and hardware.”

The report went on to describe other improvements and future plans.

“The soda fountain is doing a thriving business and the chairs with their neat white covers at the ice cream tables are getting a big patronage. The dry goods department has also been finished and stocked with new materials and the grocery department moved to a more convenient location.

“A new warehouse has just been erected and this will materially aid the store operations and make for better service. Ground is now being broken for a modern gasoline filling station, in which will be handled all oils together with automobile accessories and the capacity of which will allow for a storage of 20,000 gallons each of gasoline and kerosene.

“When consideration is given to the fact that approximately 5,000 people throughout the valley do most of their buying in Saltville, it can readily be seen what an amount of business is handled through the store.”

The store served as a hub of activity in Saltville for many years. Despite fears that the town would not recover from the closing of Olin Mathieson in 1972, Saltville has since been referred to as the “town that would not die.”

There are countless stories about the impact the Mathieson Alkali Works had on this section of Smyth County. If you have a story or photo you would like to share, I may be contacted at mwlinford@yahoo.com.