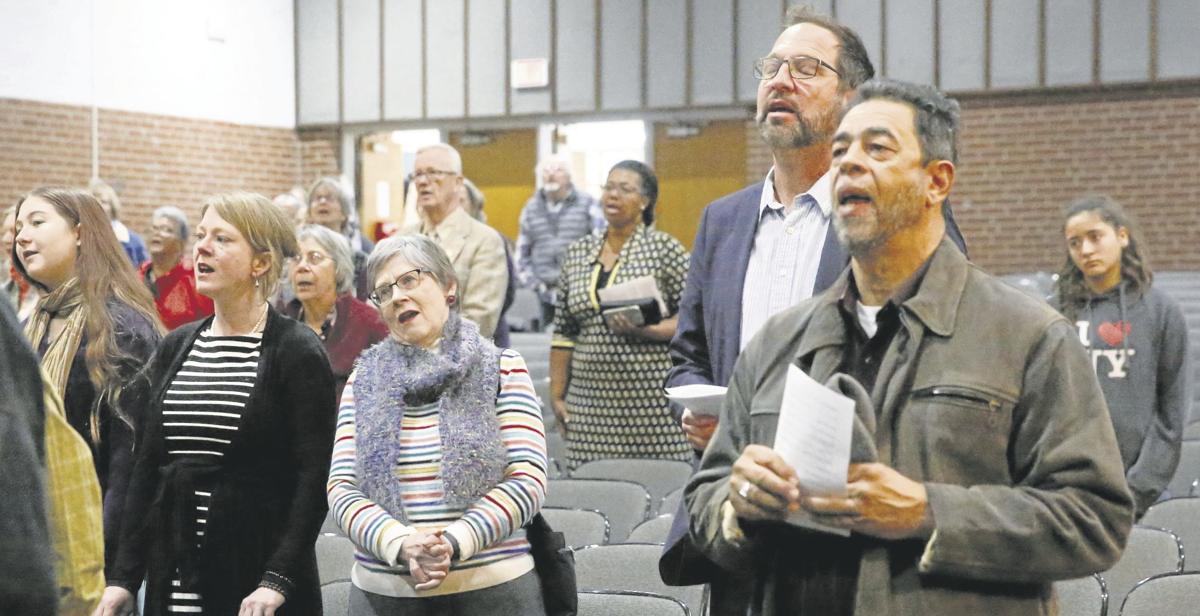 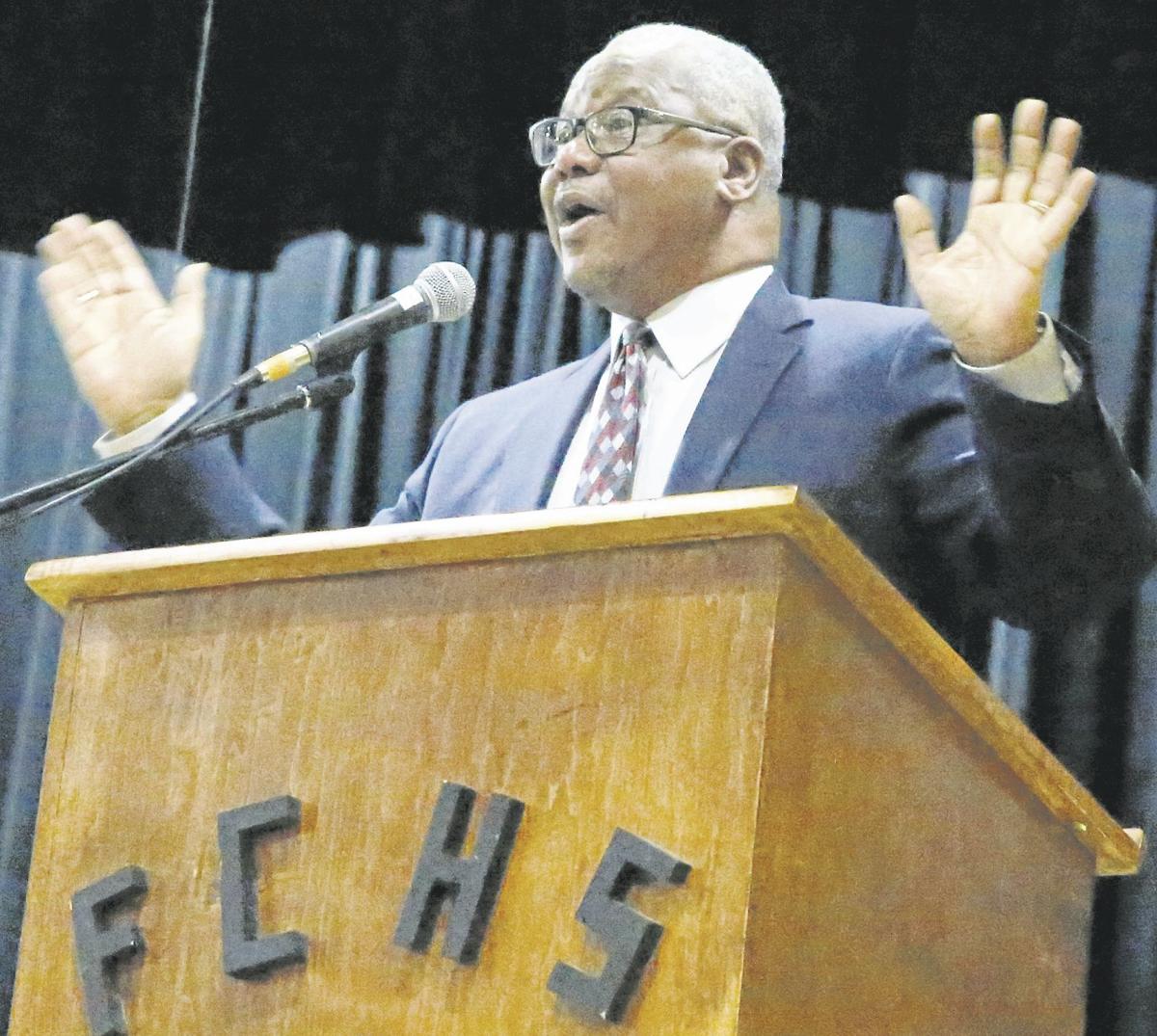 “Give us penetrating visions and broad understanding,” Rev. Clinton Crump prayed before an audience of more than 50 people in the Floyd County High School auditorium on Jan. 18. The reverend spoke of a “world and brotherhood which transcend race and color,” during the third annual celebration of the Rev. Dr. Martin Luther King, Jr. on Saturday.

The event was coordinated by an ad-hoc committee of community and faith leaders with the goal of uniting Floyd residents across demographics and religious beliefs. On theme, the Rev. Bill Lee, a longtime pastor at Loudoun Avenue Christian Church in Roanoke and an important and vocal advocate for civil rights, delivered a keynote address about working together toward a common destiny and justice.

Lee invoked a well-known excerpt from King’s “Letter from Birmingham Jail,” reminding the crowd that, “we are caught in an inescapable network of mutuality, tied in a single garment of destiny.” In other words, “Injustice anywhere is a threat to justice everywhere.” And while Lee told the crowd he planned to use his “lecturer voice” on Saturday morning, rather than his “preacher voice,” the auditorium felt worshipful, especially after the Unity Choir performed its first hymn and brought the audience to its feet.

“The Civil Rights Movement has always been a people’s movement,” Lee said, “Especially poor people.” Lee told the crowd he had spoken to his friend, the Rev. William Barber, who leads the Poor People’s Campaign, the night before and Barber had told him, “250,000 people die every year because they’re poor.” Lee said it was essential to include poor and working class people in any movement for justice because they’re the people who “need what the country has promised, but haven’t gotten it yet.”

Lee also cited women as crucial to any successful social justice effort, as well as children. “Dr. King was smart enough to include children in the Civil Rights Movement,” Lee said. “If you don’t let children be your present, what kind of future will they have?” he asked.

With respect to religion, Lee, who is a Christian minister, encouraged those gathered to include non-Christian people in their advocacy as well. “The most hateful people I know … the most divisive and the people who exclude the most, claim to be Christian,” Lee said. He said that “if you take one look at the life of Martin Luther King, Jr., you will see that he excluded no one.”

Lee wrapped up by calling on activists to include lesbian and gay people, as well. “You had best discover that all people are critical and crucial to our advancement,” Lee said. Throughout his address (which was more akin to a sermon, bringing audience members to their feet and often evoking shouts of “Amen!” and “That’s right!”), Lee animatedly and passionately outlined his argument about mutual destiny with various anecdotes.

Lee, who graduated from Duke Divinity School, said he always wears a Duke University sweatshirt when he flies—and often, fans of Virginia Tech or the University of North Carolina will heckle him for his allegiance to the Durham team. There’s no sense in that animosity, Lee said, because all the teams are in the Atlantic Coast Conference together—“and if Duke does well, Tech does well,” he explained, because all the programs share profits. “I need you. You need me,” Lee reiterated.

At the end of his remarks, Lee posed a question to the audience: What would an inclusive, productive movement for civil rights look like in Floyd? How does inclusivity manifest in the every day, commonplace interactions between people?

Event coordinator Marilyn Turner said she enjoyed the entire event. “The speaker did an awesome job and I think everyone was enjoying the music too,” she said. Turner said the committee “absolutely” plans to hold the event again next year. “Despite the weather, people came out and really supported,” Turner said. “You have a little bit of everything here—all backgrounds.”