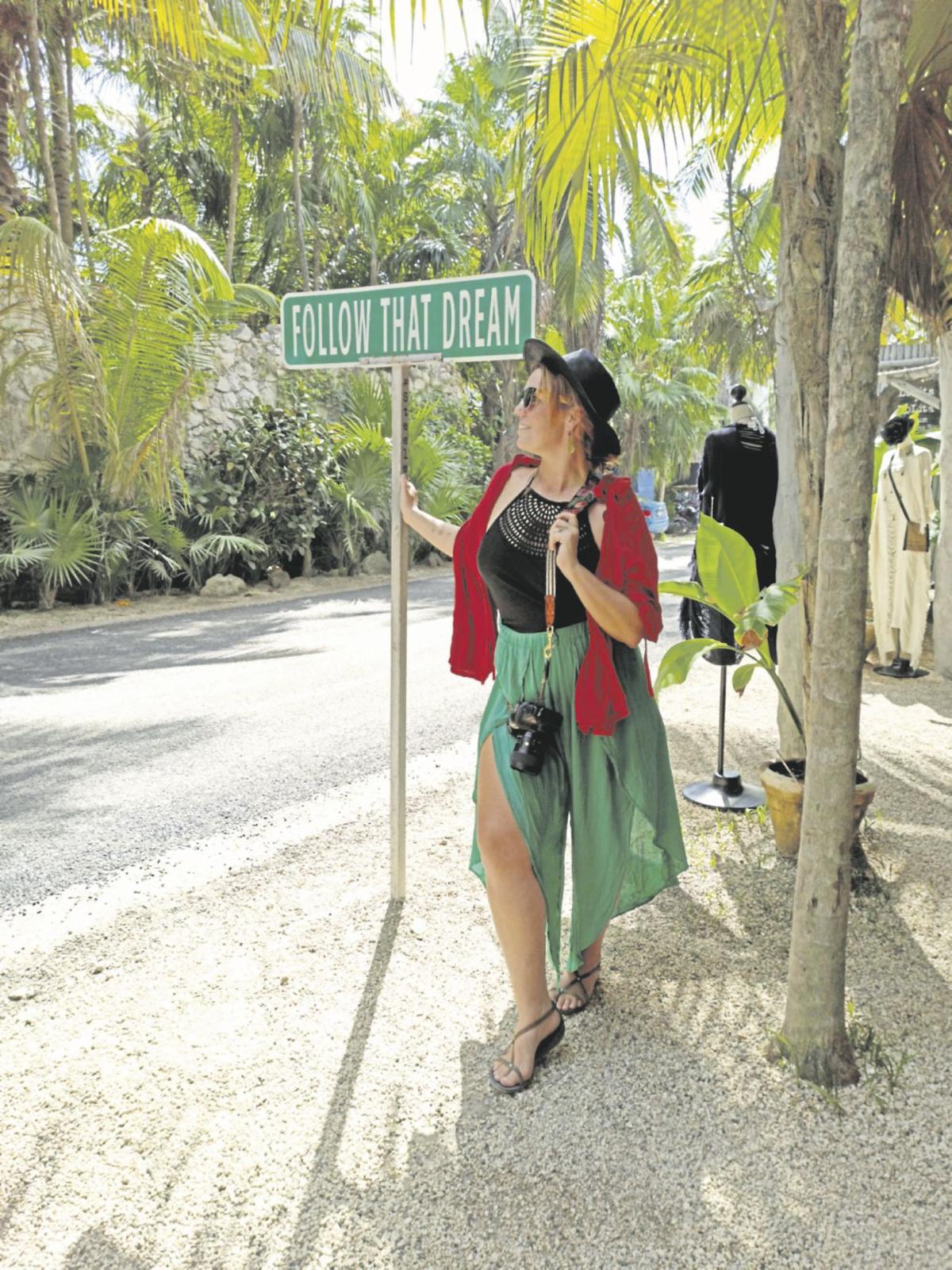 Wytheville native Madeline Lenore is lives in Tulum, Mexico, where she advises female solo travelers and encourages them to follow their dreams of travel and adventure. 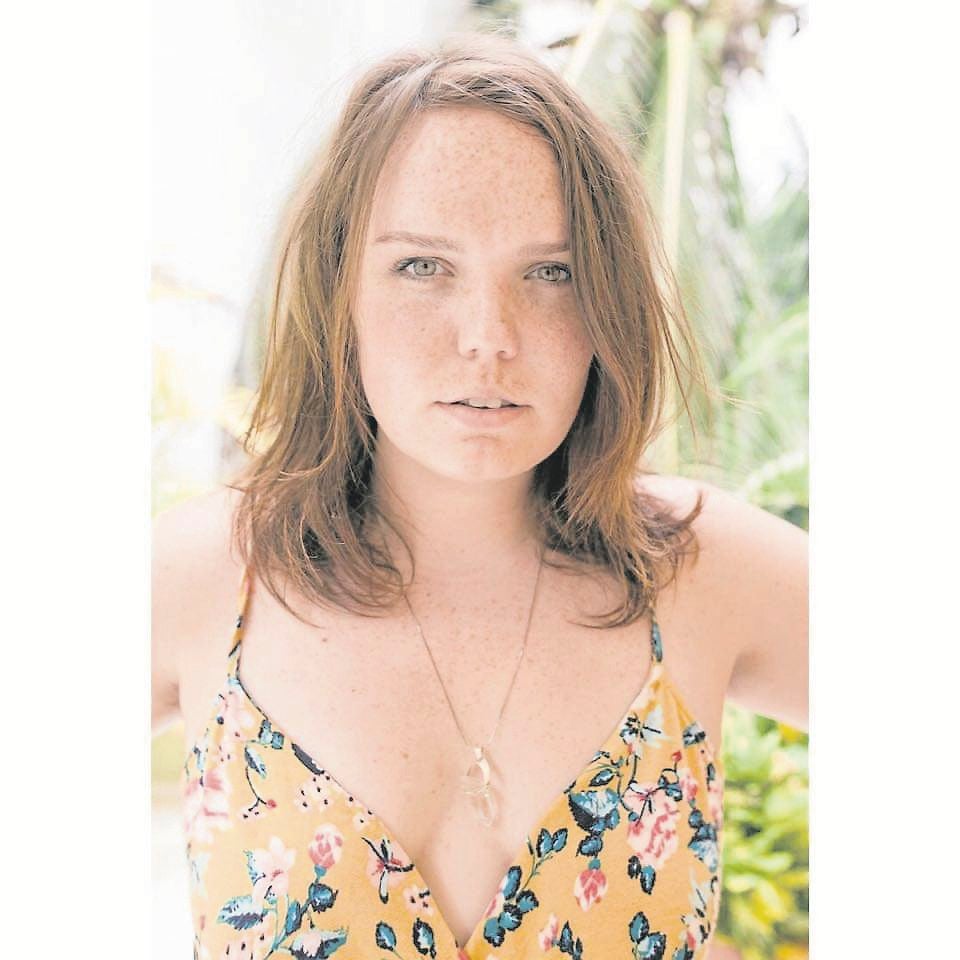 Wytheville native Madeline Lenore is lives in Tulum, Mexico, where she advises female solo travelers and encourages them to follow their dreams of travel and adventure.

Sometimes when the universe speaks, you just have to listen. That’s what happened to Madeline Lenore when a flood destroyed her car and everything in it. Four days later, she was laid off from her job.

The year was 2018. Lenore was living in Maryland, working in hotel construction. Having graduated from George Wythe High School in 2009, she completed a degree in public relations/communications at N.C. State University in Raleigh, North Carolina, in 2013 and lived there after graduation working in construction sales.

Eventually, she moved to Maryland.

“After that, things kind of changed,” she said.

Lenore felt like she was not reaching her full potential.

“It was a male dominated field, but I was doing well,” she said. “I could wear my high heels and switch into construction boots. But I felt like I was in the wrong place.”

So, she began to meditate, trying to figure out her next step. Lenore had always enjoyed taking photos and knew a lady who designed camera bags. Her friend was building a women’s retreat in Tulum, Mexico, and asked Lenore to take a look at it.

If you want to change your life, this is the perfect opportunity, her friend said.

So, Lenore visited Tulum, a small town on the Caribbean side of Mexico’s Yucatan Peninsula.

A couple of days after she returned home, the flood hit. Then she lost her job.

“I took it as a sign from God,” Lenore said. “It was the worst week of my life, but at the same time, I knew I was meant for more.”

So, she sold her belongings, packed two suitcases and headed for Mexico, where she worked on the retreat with her friend. But that project came to an end, leaving Lenore to wonder, what’s next?

“I want to show people that you can leave everything and be on your own and be OK,” she said. “You will never let yourself starve.”

As part of her work, Lenore, 28, consults with female social media influencers who travel the world and include a stop in Tulum, where the sandy beaches, turquoise waters, jungles and underwater caves lure people from all over the world.

Lenore takes visitors around Tulum and snaps photos of them for their social media pages. That way, they don’t have to intrude on strangers or set timers and tripods to get a quality photo; Lenore does it all for them.

“I’m like a personal concierge service,” she said. “I manage the brands of solo female travelers. I consult and help plan their branding and marketing.”

That includes writing posts, determining where photos will be taken and styling each photo.

On Monday, Lenore guided a couple through Tulum, snapping shots along the way. On average, she charges about $200 per session.

“They can spend one day on their (social media) content, and then they can enjoy the area and not be constantly compelled to take photographs,” she said. “Photos here can be very beautiful. The light here is incredible.”

This year, Lenore plans to start a podcast aimed at inspiring women to travel solo.

“If you have a passion in your life, you can do it without fear,” she said. “You can always trust yourself.”

Lenore said she does not worry about crime when she travels and that one of her initiatives this year is to publish a safe travel guide for women traveling alone. Her plans include creating a first responder program for women alone in Tulum.

The program will create a team of women in the area who will respond to a call from a female in need.

“We send taxis, or do whatever is necessary to make sure the girls are home safe,” she said. “We share a cell phone, and the girls get the number from posters in hostels and bars. If they’re uncomfortable and on a date, or feel they need help in an emergency situation, they call us and we dispatch someone to get them home safely.”

Lenore is the daughter of former Bland resident Dan Newberry, now of Wytheville, and Beth Horne-Bowling, who lives in West Virginia. She is the granddaughter of Clayton and Fran Horne of Wytheville.

In Tulum, Lenore has found a stunning town where people are warm and accepting of expatriates like her.

“The Mexican culture is beautiful, family-oriented and very accepting,” she said. “If anything happens, they make sure they help you. You hug, you love; there is a lot of emotion in this culture. It’s a place that has accepted me.”

For more information, visit MAR PR Public Relations, Tulum, on Facebook and @marprtulum on Instagram. Lenore named her company after the ocean, which in Spanish is spelled mar.